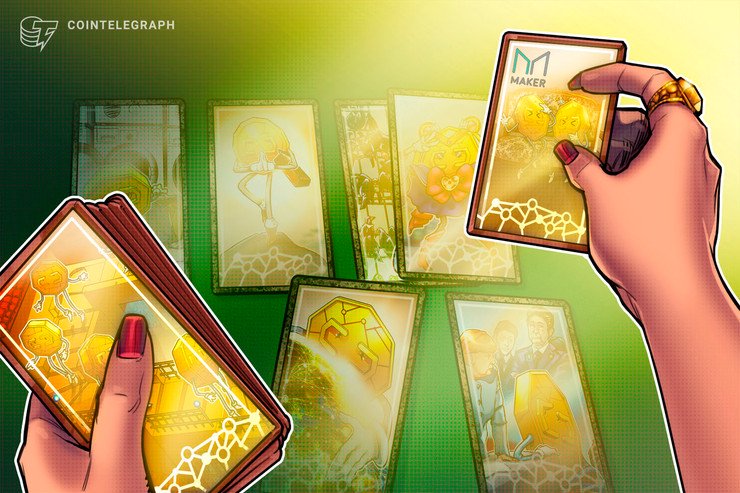 An auction to recapitalize MakerDAO (MKR) after the mid-March market turmoil successfully concluded on March 28, bringing in over $5 million worth of DAI. Crypto venture fund Paradigm Capital revealed in a March 31 tweet that it won approximately 68% of the auctioned tokens.

The company had previously pledged to join a “backstop syndicate” and cover the entire system shortfall if necessary. Acting as a so-called “backstop,” the group would act as the buyer of last resort by purchasing the MKR tokens if their price fell to $100. (The auction’s starting price was $200 and the current market price is $288.)

Many prominent members of the decentralized finance (DeFi) community joined the syndicate, guaranteeing that Paradigm would not have been alone in its effort to preserve MakerDAO’s functionality. But the backstop was ultimately unnecessary because the auction found lots of bidders quickly. Some community members alleged that the Maker Foundation was purchasing the lots, as most of the bids came from a select few addresses.

The foundation responded by saying that it provided “limited technical assistance to some bidders.” It is unknown if Paradigm, a major Maker Foundation investor, needed that assistance. Representatives from the fund did not immediately reply to a request for comment. The article will be updated when we learn more.

The system is recapitalized, but the users aren’t

The Black Thursday market collapse had two sides of losses to it. At a protocol level, MakerDAO became undercollateralized by $5 million as the collateral bids for zero DAI clearly did not return a sufficient amount of DAI to Maker, compromising the stability of its peg to the U.S. dollar. Though in reality, market events broke the peg in the opposite direction as DAI traded at a premium.

While the auction successfully recapitalized the system, the individual users who got liquidated lost more than the 13% that MakerDAO advertises, and they have not been compensated yet. Their total losses are between an estimated $1 million and $3 million.

The MakerDAO community is currently in the process of deciding how much money token holders should return to the users, if anything at all.

A previously held poll concluded with the vast majority being in favor of a compensation, and more than 60% deciding to compensate all losses. Nevertheless, the discussion continued as the poll is not binding — Maker’s governance is finalized on-chain.

The community is now deciding the wording for the on-chain voting, where MKR holders will express an opinion weighted by their stake in the system.

Some members are concerned of setting a “dangerous precedent” of having to compensate users for any loss, while maintaining that they were expected to react and know the risks.

These debates highlight some of the differences between Maker users and the protocol’s maintainers. The users are not expected to be tech-savvy, while the software for joining the auctions requires programming knowledge in order to be used — at least for now.