Chainlink is expected to drop after surging dozens of percent in the past few days, analysts say. The cryptocurrency is already down 4% on the day per data from Coin Market Cap.

“4hr chart. It’s coming fam. Also I don’t know anything about Elliot Waves at all. But if I did. I’d say that’s a clear 5 wave structure. But I don’t and this fits my very short term bias and thesis so we’re going to roll with this.”

The expectations of a price correction have been echoed by other analysts.

Tyler D. Coates, a cryptocurrency technical analyst and author, noted that Chainlink’s parabolic advance is likely in its last phase:

“LINK target is $17.5 which would appear to line up nicely with a top of Phase 4 in the #Hyperwave fractal. Definitely not a buying opportunity, $15 – $17.5 is for taking profit.” 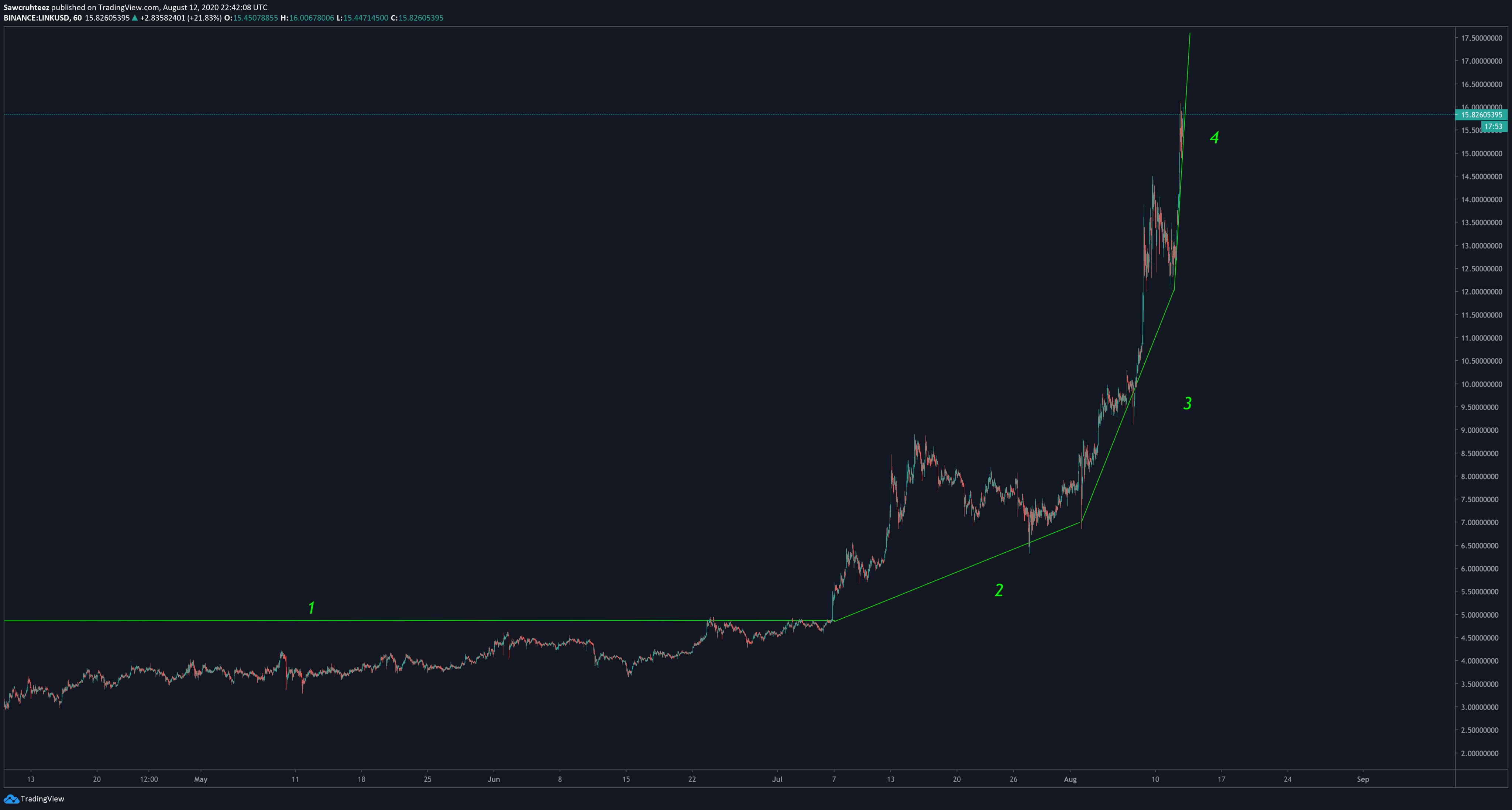 On-chain data agrees with this bearish sentiment. As reported by Bitcoinist previously, blockchain analytics firm Santiment found that there has been a spike of LINK deposited into exchanges, suggesting investors want to cash out before an unexpected drop.

What may boost LINK, though, is the growing number of short positions building. According to FTX, the funding rate (hourly) of its Chainlink futures market has reached -0.006%, which suggests there are more shorters than long position holders again.

Some traders see negative funding rates as a sign of an asset poised to move higher. Whether LINK follows this trend, though, remains to be seen.