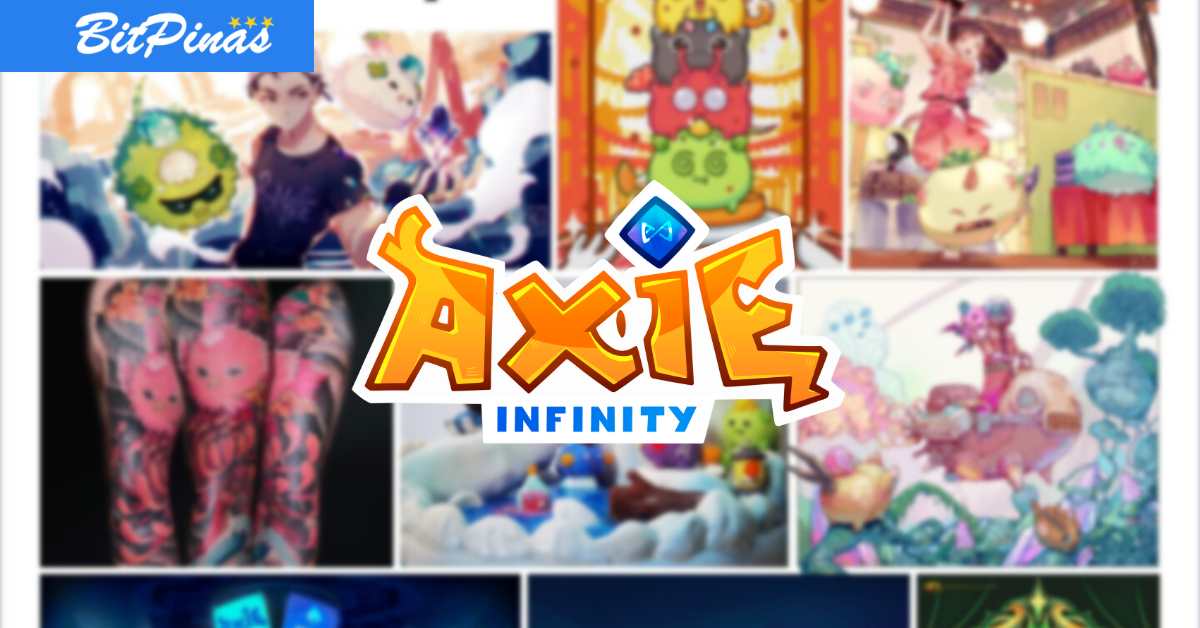 Play-to-earn game Axie Infinity revealed on Twitter that there are already 2.2 million Lunacians that constitute the large community of the game.

Lunacians are the players of the Axie Infinity. Because the game takes place in a fictional world called Lunacia, so anyone who will create an account will have a default name of Lunacian #X. (X refers to number)

In an interview on Axie Infinity’s co-founder Aleksander Leonard Larsen, he emphasized that Axies have more value, higher collectability, and more utility, because Axies can travel across different games – from a team of three Axies that can be matched to other players’ team of Axies, to playing in adventure mode, to breeding Axies, and to more games that are coming such as an older land or kingdom-based game, which is more on the metaverse side.

“And it’s been almost four years since we started now. So it’s interesting to see that the world has kind of caught up to our vision. And now of course we were probably a product cycle ahead of pretty much all of our competitors. So very unique. And that’s also why we have all of these players are coming in, you know, right now over 2 million daily active players, even though they, they can’t, they can’t get the application on any app stores,” Larsen added.

About two weeks ago, Ronin Wallet, an Ethereum-link sidechain by the developers of Axie Infinity, Sky Mavis, reached 5 billion in assets deposited and has more than 2 million downloads.

On the other hand, when asked about the economics of Axie Infinity, Larsen clarified that each cute Axie character is unique, thus, is defined as valuable non-fungible token (NFT); and that in every victory, Small Love Potion (SLP) token can be earned, that can either be converted to other currencies, or be used to breed other Axies.

“We’ve also got the AXS token, which is kind of the governance token for the actual Infinity game universe. And that’s, you know, highly limited, but 270 million of those in existence. And, it started out at a price of 10 cents last year. And now it’s, it’s over $125 per token. So I mean the appreciation it has, it has been quite heavy and that’s because it’s kind of tied to some of the revenue streams that are, that are going into the actual infinity game,” he stressed.

Larsen, moreover, highlighted that what attracted a lot of people about this game is that players can earn money in playing and mining SLPs. And that the game offers an opportunity for those who are unemployed, earning less, or those who want to monetize their time.

“At least 6 million Axies that are required for those 2 million players. And in existence we have about 8 million axies or a little bit less than that, that have been bred so far. And if we then look at, you know, what is the total addressable market for something like Axie? Well, the way we’ve defined it is that we don’t, we actually don’t compete against traditional games in the same way,” his assurance about the long-term sustainability of Axie.

A year ago, there were only more than 16,000 daily active Axie Infinity players, according to activeplayer.io.

And despite the fact that AXS cost relative to the Smooth Love Potion (SLP) cost per breed is currently imbalanced, the number of players still climbs to 2.2 million players, but Sky Mavis COO Aleksander Leonard Larsen tweeted that the firm recognizes it and and will make more adjustments in the future.

About 40% of the players of Axie Infinity are from the Philippines. And this proves that the game was one of the “game-changer” on some of the lives of Filipinos as the country was heavily affected by the pandemic.

Earlier this month, a Filipino News Agency, Inquirer, showcased a 10-year old child who treated his family on a date after he received his first payout from his scholarship playing Axie Infinity.

“I think the whole world will be watching exactly what’s happening in Axie Infinity, because maybe not only can we improve the game side of it, but maybe also improve, you know, how the world works. So I’m incredibly excited about the future here,” Larsen concluded.