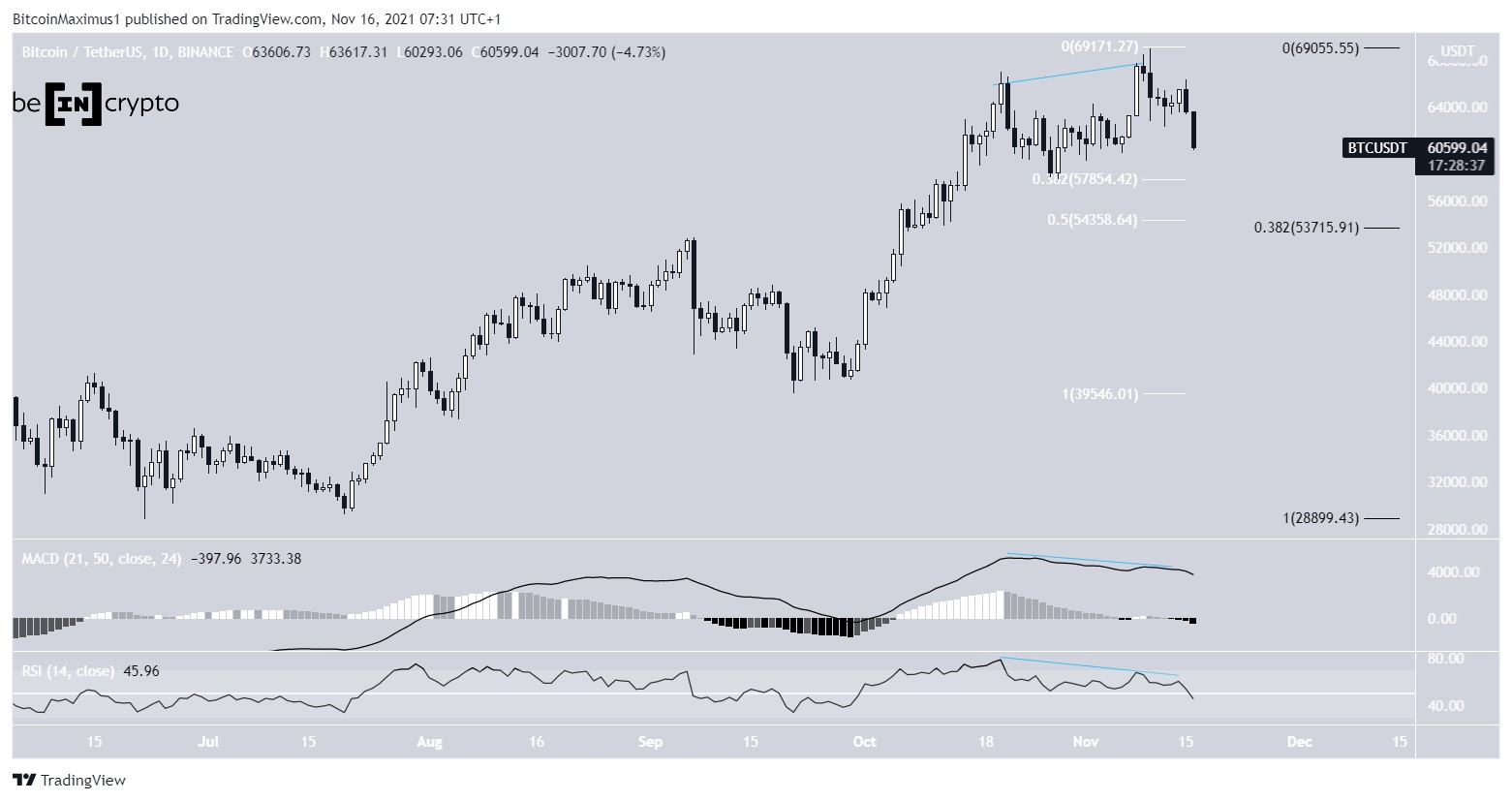 Bitcoin (BTC) decreased considerably on Nov 15 and followed it up with an even sharper fall on Nov 16. It is currently attempting to find support.

BTC has been moving downwards since reaching an all-time high price of $69,000 on Nov 10. The downward movement was followed bearish divergences in both the MACD and RSI. Such occurrences often precede bearish trend reversals.

The six-hour chart is similarly bearish. It shows that BTC broke down from both the $63,500 support area and an ascending support line that had been in place since Oct 26.

The RSI is below 50 and the MACD is nearly negative (red icon), both of which are considered bearish signs.

Therefore, it aligns with the daily time frame and suggests that BTC will continue falling in the short term.

The wave count shows a potential A-B-C corrective structure developing. This means that the downward movement is corrective, and the dominant trend is upwards.

The slightly longer-term count shows that it’s possible that the entire movement is contained inside an ascending parallel channel. BTC is currently just above the support line of the channel.

So, a bounce at this level would align with waves A:C having a 1:1 ratio.