“If the price of Bitcoin goes down, I lose money. I might pump, but I don’t dump.”

You might have, most definitely, stumbled upon this Elon Musk statement while scrolling through social media today. The market’s largest cryptocurrency witnessed mini-pumps in succession over the past 24 hours owing to Musk’s public appearance on “The B Word.” Riding on the back of Elon Musk’s claims, Bitcoin went on to cross the $32,500-mark. However, the same could not persist for long.

Bitcoin pumped, but here’s what traders had to say

Bitcoin was back in the $31k zone at press time, with the 24-hour RoI having shrunk down to merely 3%. In fact, at the time of writing, the Futures perpetual funding rate remained in the negative zone (-0.005%) too, indicating that sellers (shorts) were demanding more leverage. 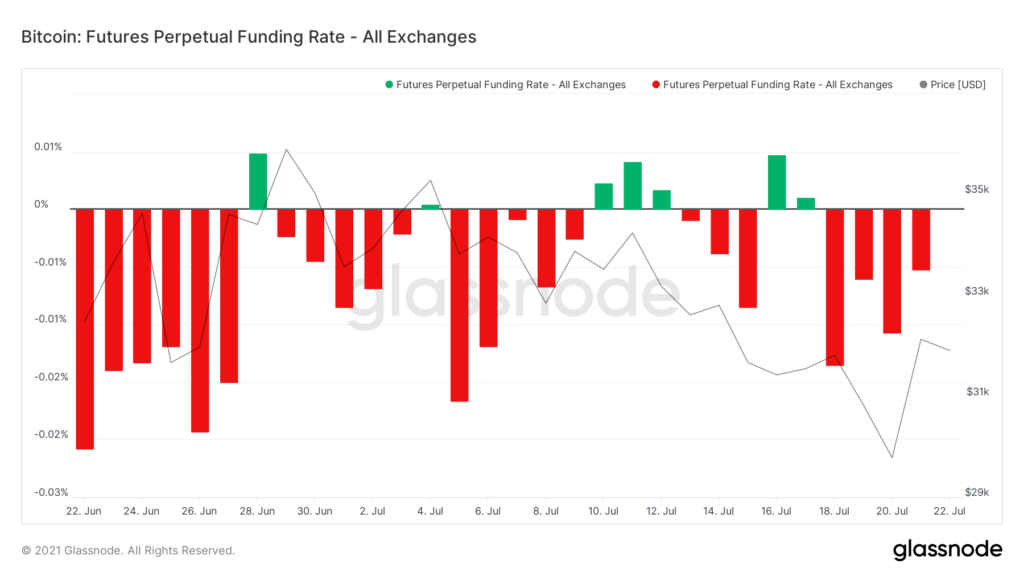 The funding rate witnessed similar levels at the beginning of this month, and as can be seen from the chart attached, BTC’s price correspondingly kept dropping. However, it is not possible to estimate the timing or trigger that will cause buyers to gain back confidence and pull up the price. Nonetheless, one thing can be said with surety – traders did not necessarily pay heed to the pump.

Who is ‘buying the dip?’

The Bitcoin fish ratio, at the time of writing, pictured an interesting trend. The curve’s parabolic resemblance indicated that the ratio of supply held by fishes (HODLers who possess 0-10 BTC) has been increasing. It also signaled that these “little guys” have been buying the dip. Highlighting the same in a recent tweet, on-chain analyst Willy Woo claimed,

On the other hand, the whale transaction count has comparatively remained static over the past few days – A sign suggesting that the “big guys” are not really active at the moment.

The selling pressure is, undoubtedly, present in the Bitcoin market. However, long-term HODLers who have witnessed similar downtrends in the past are currently clinging on to their holdings. The newer participants are the ones causing the trouble this time. The same was evidenced by the ASOL (average-spent-output-lifespan) metric. 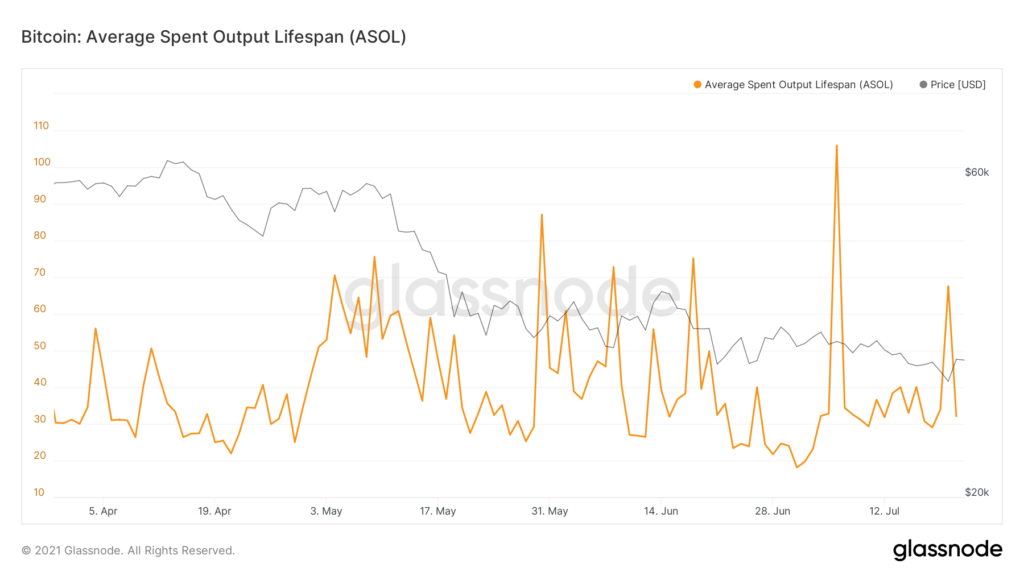 Despite a slight hike recorded lately, this metric seemed to continue its downward trend at the time of writing. Whenever the ASOL is low, it implies that newer coins are dominating the market and are the ones that are being actively trading. It should also be noted that old hands are not cashing out at this stage.

Are the coins spent in profit?

Well, to answer the aforementioned question, it is essential to look at the realized cap metric. This indicator tracks the aggregate value of all the coins at the price when they were last moved.

As can be seen from the attached chart, the realized rose slightly over the past couple of days. A rise in this metric generally indicates that the coins spent are at a net profit. However, when compared to the ATH levels, the ASOL was pretty low. In fact, since mid-May, the market has absorbed over $15 billion in net losses. Thus, it is safe to say that the coins spent are not in profit at the moment. 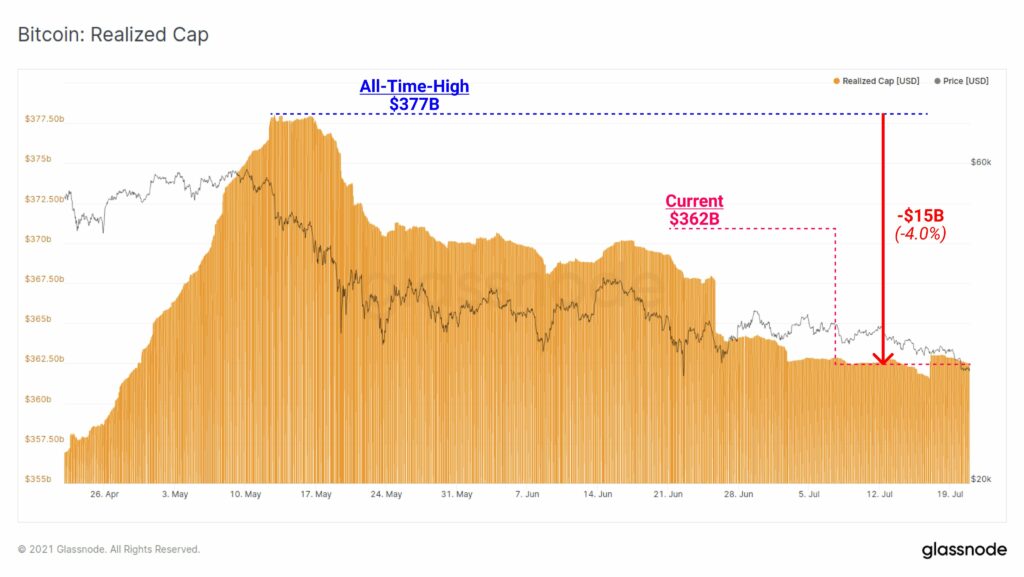 BTC’s price, at the moment, is hindered by more uncertainty than ever before. Looking at the mixed signals projected by the aforementioned key metrics, it’d be fair to claim that it is too soon to conclude whether or not Bitcoin is heading towards a trend reversal.