A massive drop, fear and anxiety at their peak, and a superstar entry back with a bang, pretty much sums up Bitcoin’s price action over the past week. The king coin’s downward trajectory led to a market-wide fall and a major bearish market. However, nothing is permanent in this crypto-verse where volatility is the name of the game. Bitcoin’s foray below the $30k zone didn’t last long either, and the asset soon made a strong comeback with gains of 6.25% in 24 hours, at the time of writing.

A closer look at the 4-hour charts for Bitcoin suggested that not only did the coin register decent gains, but the upward trajectory also pulled it above the $31k support. Further, an uptick in on-balance volume (OBV) with price gains confirmed a short-term upward trend. The OBV, on the 4-hour chart, had registered low levels of 1.294M which were last seen in December 2020.

However, the growth in volume supported the price growth. Further, trade volumes also saw decent gains, with the two of the most recent candles being the tallest green candles of this month.

Analyst and trader Scott Melker in a recent video highlighted Bitcoin’s closed channel downward trajectory. While he believed that it was a good opportunity for those who were shorting when BTC was at its 30k levels, a sustained retest above $31k-$32k levels on the 4-hour chart would be an interesting scenario. He said,

“BTC closing at above 30K (towards the end of July 20) is a very interesting scenario. That’s a really bullish signal among all the bearishness.”

The analyst, however, did point out that if BTC fell below the $30k level again, then the next support will be $28,600. 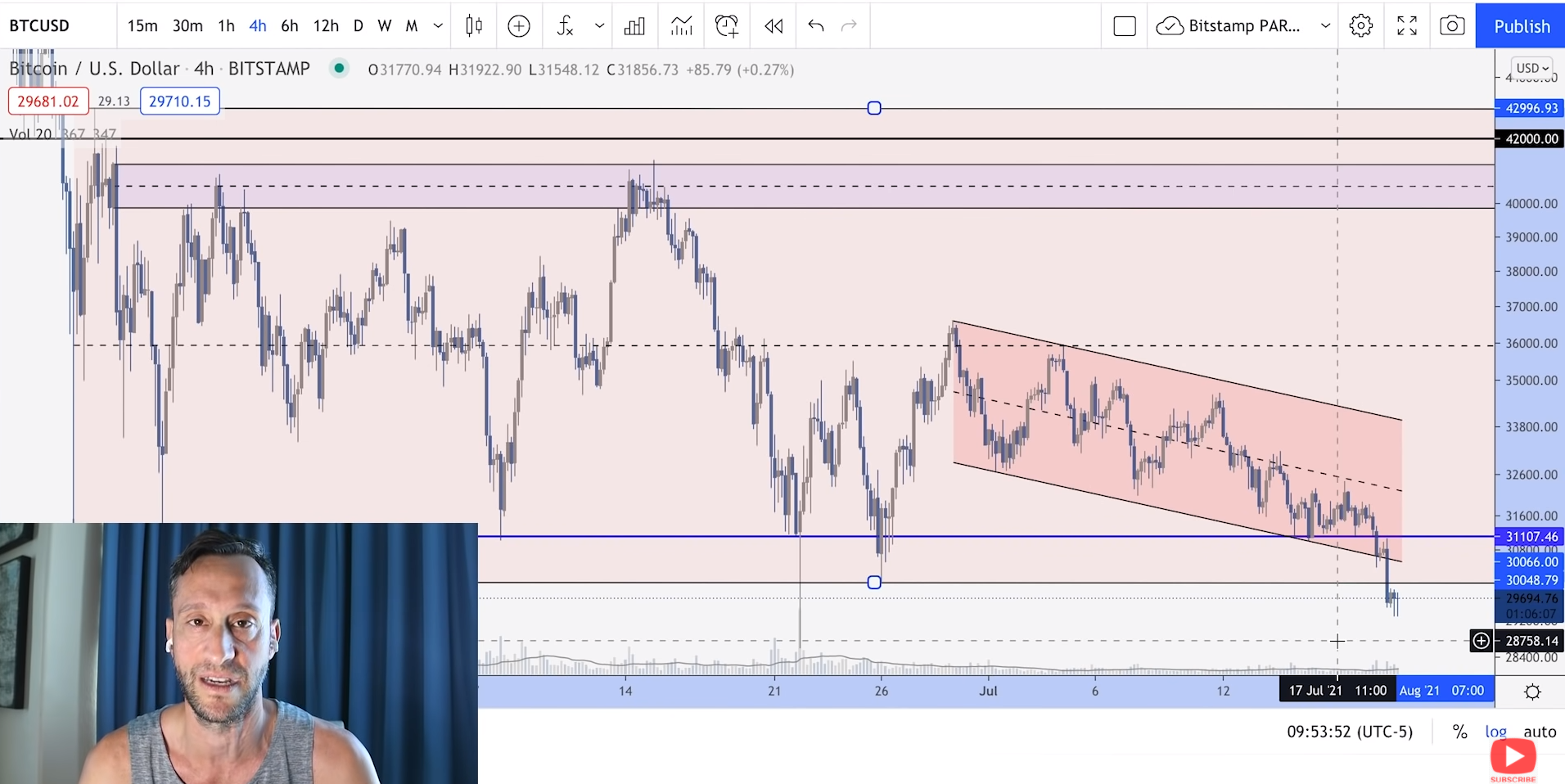 Melker also pointed out that most of the external news around Bitcoin has been “pretty much bullish,” like OpenSea raising $100 million and JP Morgan hiring new people for its growing blockchain business. Another report revealed growing interest in crypto from institutional investors, and what’s more, Rothschild Investment tripled its Bitcoin exposure, amid other bullish signals in the larger Bitcoin bear market.

Apart from the price action, certain other metrics also pointed towards a recovery for the top crypto. For instance, Bitcoin’s realized profit saw an almost two-fold jump in just one day. However, Bitcoin’s NVT ratio held sway above its previous levels pointing towards the asset being a sort of an unsustainable bubble.

The NVT ratio, at the time of writing, saw a considerable downtick from its more recent levels. Consequently, MVRV going low meant that BTC was undervalued. These low MVRV levels were last seen in August 2020. 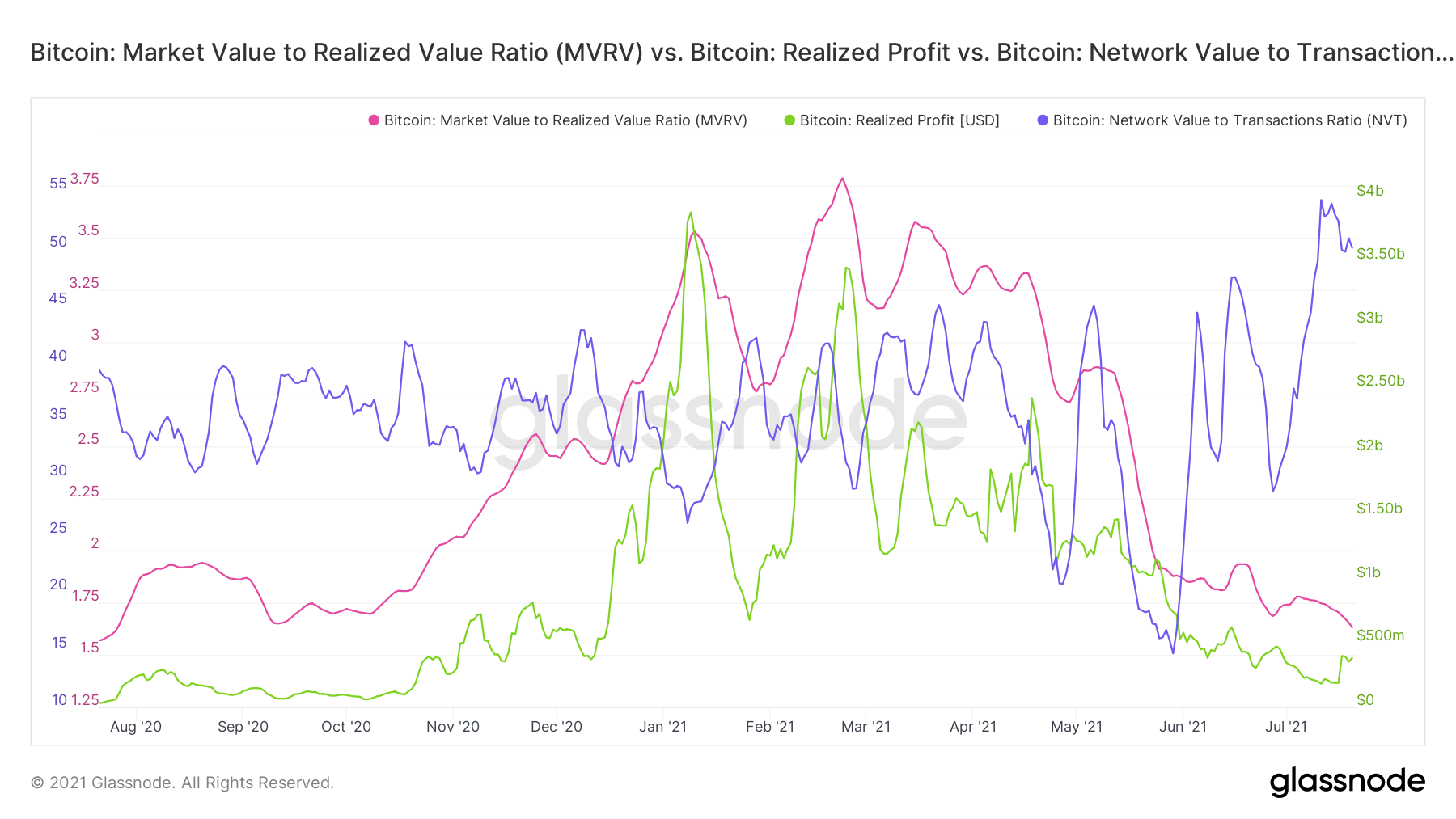 Bitcoin analyst Benjamin Cowen was quick to spot a market trend that could change the game for the top coin, at least in the short term. He presented that the money supply for Bitcoin has been testing its prior all-time-high from 2017. Cowen said,

Even though money supply is down to its 2017 levels, Cowen is of the opinion that while this would involve more downside volatility and upside down volatility, the entire cycle wouldn’t go lower than 2017’s all-time high and then stay there for two years. A more plausible scenario, according to the analyst, would be testing of these lower levels followed by some short-term consolidation and upward movement.

Thus, all in all, Bitcoin seemed to be in a tight spot and this seems like one crazy cycle for the king coin. Future price action would depend on major indicators like money supply and trade volumes. So, it’ll be beneficial to look out for them.