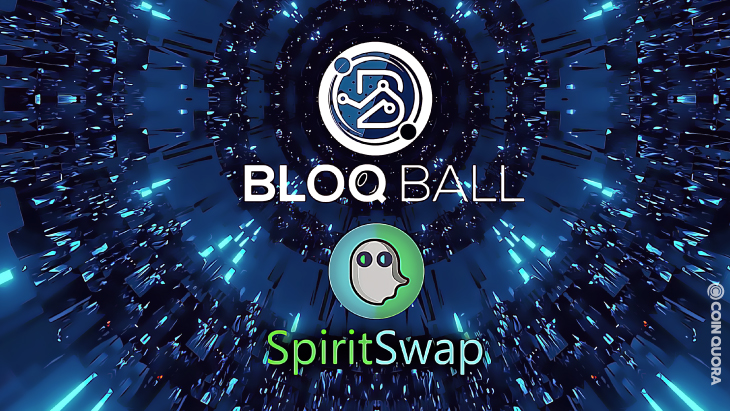 BloqBall (BQB) is launching its token on the Fantom (FTM) blockchain with the SpiritSwap DeFi team. The BQB launch will make a mark in DeFi history by having the fairest token launch so far. In detail, the Bloqball launch is a completely community-centric Liquidity Generation Event (LGE).

For further context, users of the Fantom community can deposit a minimum of 10 FTM onto their LGE contracts during the LGE event. In return, these users will receive a portion of the share from the LGE regular allocation.

To specify, this regular allocation holds up to 1.1 million BQB tokens. Moreover, the allocation will be split between those who deposit $FTM within the event’s 72-hour timeframe. To add on, the vesting period lasts between 30-120 days.

As another benefit, early adopters on the event will be given a token of appreciation for their support. Thus, for FTM deposits made during the first 24 hours of the event, a share of the LGE bonus allocation will be given away. Specifically, the bonus is an additional 150,000 BQB tokens in total.

To highlight, all the FTM tokens since the launch as well as 1 million BQB tokens will go to seeding initial liquidity on SpiritSwap for the FTM/BQB pair. SpiritSwap being one of the most prominent DEXs on the Fantom Opera will ensure a great launch for the event.

In fact, this event will most likely see a 25% higher surge in comparison to the BQB/FTM exchange rate for all participants in the launch. Therefore, participants will begin at a starting point that already profits them.

Finally, all tokens in the LGE contract will be locked for a period of time. The lockup will ensure constant flow for early liquidity. After that, the community will decide how to use the tokens for the platform’s future plans.