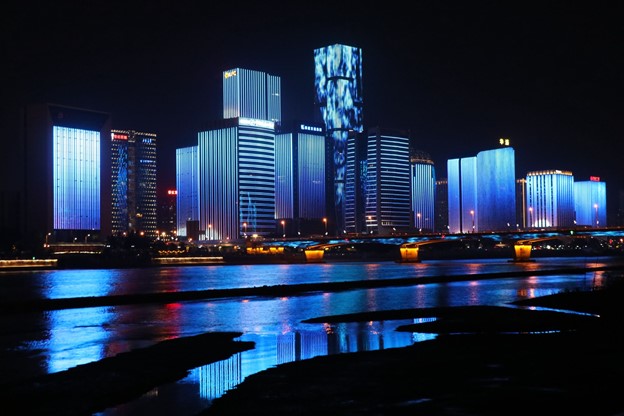 China’s crackdown on cryptocurrencies has reached a new level of intensity in recent weeks. The People’s Bank of China (PBOC) has previously decided to prohibit financial institutions from dealing in virtual currencies, including Bitcoin and Ethereum. More recently, the PBOC has attempted to shut down cryptocurrency transactions and mining entirely.

This news has sent shockwaves throughout the industry and caused many traditional financial firms to rethink their involvement with cryptoassets. In particular, it’s been a major blow for Chinese bitcoin miners who are now scrambling to find ways of preserving their businesses amid rising electricity costs and an expected reduction in mining profits once the ban is fully implemented.

In this post, we discuss how China can’t truly regulate virtual worlds, and explore some of the implications that these developments have for the future of blockchain technology.

Virtual worlds such as Next Earth are powered by blockchain technology – specifically, they use non-fungible tokens which represent land ownership within a digital replica of Earth. These token economies were designed specifically to avoid censorship and enable users to interact freely online without fear of surveillance or reprisal from governments or corporations.

In fact, Next Earth is growing to be one of the most popular virtual worlds, with nearly $2 million of virtual real estate sold to date. In this sense, it’s easy to see why China would want to prohibit such virtual worlds – if they can’t control them directly, then they certainly don’t want their citizens interacting with individuals and organizations that exist entirely outside of government control.

The Pros of Decentralized Metaverses

Next Earth is a fully decentralized metaverse powered by blockchain technology. This means that no single entity owns or operates it – instead, it runs on blockchain smart contracts on a peer-to-peer basis, where users own their NFT assets.

The result is that every participant has equal rights within the metaverse and can interact freely with other users without fear of censorship or surveillance. This makes it ideal for use by NFT enthusiasts and crypto users who wish to act freely without worrying about being discovered by oppressive regimes or corporations who might monitor their activities.

The Cons of Centralized Metaverses

The biggest disadvantage of centralized metaverses is that they allow a single entity – usually a corporation or government – to monopolize control over the world. This means that all content in such worlds is ultimately under the purview of their administrators and, as such, can be regulated or censored at will.

Decentralized metaverses are much more open since they don’t have anyone in charge (no one person or entity has absolute power). This means that anyone can create content within them but it also means that no one person or entity has the power to completely restrict access to these worlds – there’s no way for governments or corporations to censor such worlds since there’s no central authority controlling them.