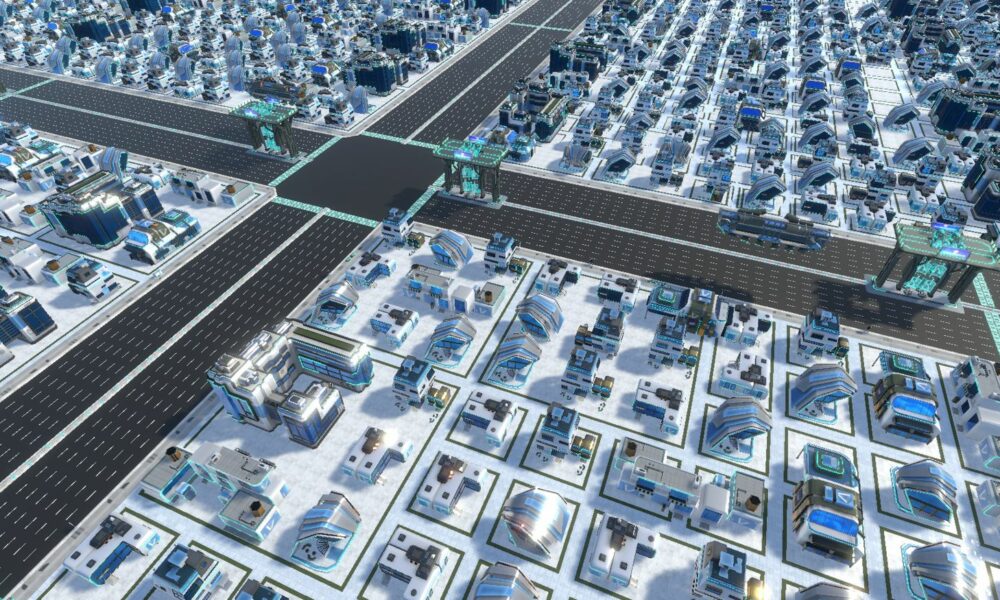 Dvision has recently announced that it will be conducting the LAND Sale for its digital estate that will be used in the Dvision Metaverse through tripartite cooperation with Binance NFT and NFTb, allowing its users to participate in the sale on three platforms with different sale structures.

Dvision has revealed, that it will be offering 1,450 NFT Mystery Boxes through Binance NFT exclusively for Binance.com users. As the name suggests itself, the mystery box contains a random LAND NFT from the total LAND collection offered by Dvision. The users will be able to purchase the Mystery Box under a specified price with a probability to drop a common 1×1 LAND Lot or even a legendary 3×3 LAND Lot NFT.

Furthermore, 1,495 LAND Boxes shall also be offered through an Initial NFT Offering (INO) on NFTs, where users can participate in highly sought-after NFT drops by Metaverse projects such as Dvision and other NFT drops from celebrities and creators, and games. It should be noted, that both on Binance NFT and NFTb, BUSD is going to be the main currency to make the NFT purchases. Lastly, 1,495 LAND Lots are being offered in Dvision’s Marketplace, where users can purchase a specified piece of LAND Lot using DVI tokens. Additional information will be provided later on once the countdown on the website eventually reaches its logical conclusion on November 24th, 2021. The LAND Sale is expected to be the largest sale of Digital Estate on the Binance Smart Chain.

Dvision Network can be defined as a multichain metaverse platform that is officially built on top of Ethereum Network and further bridged to BSC (Binance Smart Chain). It is powered by DVI, the platform’s native token that provides utility as well as governance tokens throughout all platform pillars. Dvision is thus divided into three primary platform pillars, namely Meta-City, Meta-Space, and finally NFT Marketplace.

Users can use LANDs (Meta-Space) in the metaverse to create their own respective content, which will subsequently be incorporated as an integral component of the Meta-City. In this case, user-created material is not restricted and may even be offered in varying forms such as commercial, gaming, entertainment as well as academic in-game content.

Dvision Network’s official site is now displaying the countdown to the LAND Sale, which will end at 8 PM KST on 24th November.  The LAND Sale is being held for two Meta-Cities which will be launched in the Dvision Metaverse. These Meta-Cities are tentatively named New York and Seoul.

Furthermore, the LAND symbolizes the digital ownership and custody pertaining to the Meta-Space through users registered as NFT (BEP-721 on BSC). It is also a valuable asset for creating personalized virtual estate inside the Dvision Metaverse.

Dvision has additionally produced the LAND Sale Teaser, which highlights the three-way collaboration between Binance NFT, Dvision, and NFTb. This partnership was formed with the goal of everyone involved ultimately benefiting from the collaboration and the trailer thus depicts the inauguration of the New York Meta-City.

The LAND Concept in Dvision Metaverse

As mentioned in their official disclosure, Dvision World, which is the current state of the developed product of Dvision Network, has never been planned to become an ending point for their metaverse. The release of the Dvision World serves as the main piece that was purported to bring together all different Meta-Cities through this universe, which is used to teleport to specific Meta-City. Hence, Dvision World is just the beginning that has set the commencement for the opening of 20 Meta-Cities, which will be owned by the users through the LAND (Meta-Space) ownership system.

Unlike other metaverses, Dvision has introduced a sustainable and interesting LAND allocation structure, which states that LAND lots in each Meta-City are distributed according to the 40/40/20 system, where 40% is allocated for their Play-To-Earn model that allows users to engage in the combat mode to contribute to the LAND Purification process and earn DVI tokens, and 40% is allocated for the LAND Sale and remaining 20% is owned by the management for their brand-specific content introduction and per partner allocation.

Apparently, this ongoing LAND Sale will commence the first phase of the metaverse revolution that is being initiated by Dvision Network.