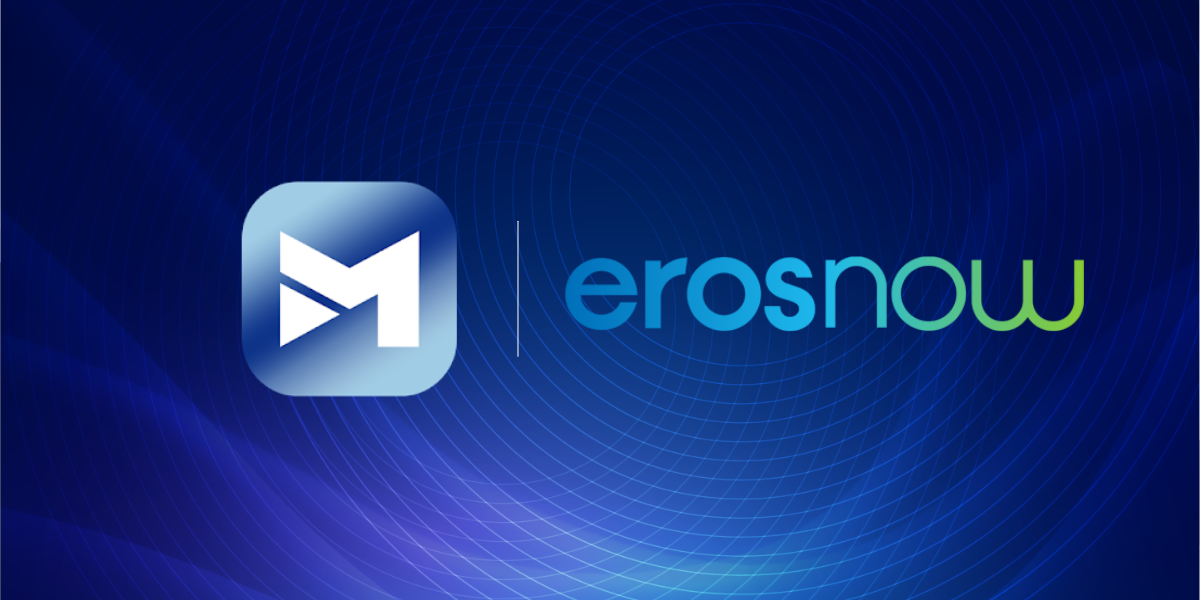 As part of this collaboration, Eros Now will premiere a movie every day from its massive library of over 12,000 Indian films and stream it on Eros Now’s Facebook page from November 3 to December 2. The movies will be powered by Mzaalo, a blockchain-based video streaming application in the gamified video and entertainment ecosystem.

Eros Now has carefully picked the movies to ensure the right balance of genres, scale, and relevance during the festive season. The list includes popular titles from the 90s and 2000s such as Tere Naam, Hum Dil De Chuke Sanam, Devdas, Cocktail, Love Aajkal to popular releases in the last decade like Shubh Mangal Savdhan, Raanjhanaa, Manmarziyaa, Vicky Donor to new releases such as Hathi Mere Sathi, and more.

Commenting on the campaign, Ramakrishnan Laxman, Senior Vice President of Marketing at Eros Now, says, “Our data science-led research indicates that Bollywood movies have a strong repeat watch value. And during festival season, this repeat viewing increases many folds.”

“With people preferring to stream long-form content on their devices nowadays, this partnership with Facebook allows us to extend the joy of watching the old and new gems of Bollywood this Diwali to billions of socially savvy audiences. We believe this campaign will add to the celebratory experience of Diwali in people’s life.”

Paras Sharma, Director of Media Partnerships at Meta, says, “Our focus in India with Facebook Watch has been reflective of the diverse consumer tastes in the country. With movies and cinema being extremely popular with our community, we are excited to partner with Eros Now to enable fans to watch their favorite Bollywood movies on Facebook Watch. We hope this experience will enable people to share, connect and entertain themselves with content they like on Facebook.”

Vikram Tanna, Chief Operating Officer at Mzaalo, says, “This industry-first initiative is a great example of democratizing the best of Bollywood content. Our association with Eros opens new avenues of user–brand experiences to drive Social Entertainment Commerce. We are certain that this unique festive partnership will pave a path for more engagement and result in further uptake of our content.”

Eros Now has a 10 million-strong community of fans on Facebook, and this collaboration between the two companies will provide fans with an interactive viewing experience. Bollywood forms an integral part of the Indian consumer video experience, and both partners are committed to building online video viewership in India.

The combination of one of the largest Indian OTT players and a premier studio with one of Hollywood’s fastest-growing independent media companies has created an entertainment powerhouse with a presence in over 150 countries.

ErosSTX delivers star-driven premium feature film and episodic content across a multitude of platforms at the intersection of the world’s most dynamic and fastest-growing global markets, including the US, India, Middle East, Asia, and China.

The company also owns the rapidly growing OTT platform Eros Now which has rights to over 12,000 films across 13 languages with nearly 40 million paid subscribers and 224 million registered users as of March 31, 2021.

It offers endless entertainment hosting one of the largest movie libraries (over 12,000 digital titles), as well as premium original episodic series, music videos, unmatched in quantity and quality. Eros Now also has a deep library of short-form content, totaling over 4,400 short-form videos including trailers and original short exclusive interviews.

To date, Eros Now has successfully premiered over 180 films in 13 languages including Hindi, Tamil, Bengali, Marathi, Gujarati, Malayalam, Telugu, Punjabi, and more. Eros Now was named as the ‘Best OTT Platform of the Year 2019’ at the British Asian Media Awards. The platform has also won awards for original content and marketing at the SCREENXX 2020.

Mzaalo has established various partnerships with global corporations to drive innovation and create new use cases. Recent partnerships include those with Josh, Dailyhunt, SpiceJet, Daimler India, and Eros Now. Xfinite’s utility token, XET, the native currency of the Xfinite ecosystem, is listed on Bitmart and MEXC.

The opinion of BeInCrypto staff in a single voice.