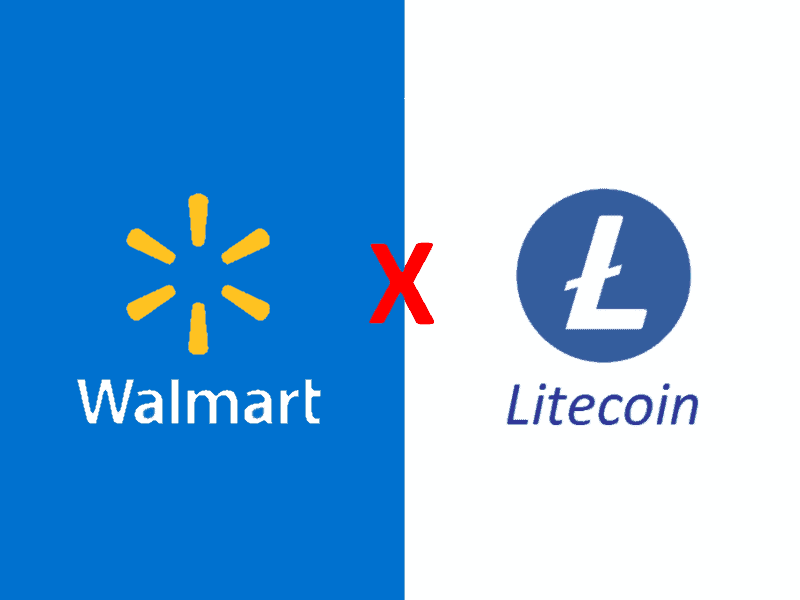 Fake Walmart news crashes the crypto market, Revolut pays for office space in Bitcoin and a statue for Satoshi. These stories and more this week in crypto.

A press release claimed early this week that Walmart had partnered with popular altcoin Litecoin. The news was widely celebrated by crypto fans, and the price of Litecoin along with the rest of the crypto market surged heavily in minutes. However, within an hour, both Walmart and the Litecoin Foundation denied any relationship, that news quickly crashing the market.

The cryptocurrency-infused financial tech company Revolut has announced it has purchased a WeWork office with bitcoin. Revolut detailed that the office space in Dallas, Texas will house 300 employees to prepare for the company’s U.S. expansion and will be designed to facilitate collaboration and teamwork with around 70 percent of the office space devoted to collaboration.

Interactive Brokers Group will soon allow its customers to trade and purchase cryptocurrencies. The company has formed a partnership with Paxos Trust Co. that will ultimately give its clients access to four major digital currencies: Bitcoin, Ether, Litecoin, and Bitcoin Cash. With about 1.5 million customer accounts, Interactive Brokers cultivates an active and seasoned clientele.

China’s Hebei province is the latest to comply with the capital city of Beijing in working to oust crypto miners and adhere to the nation’s goal of being “carbon neutral.” Regulators in the province say that those engaged in digital currency mining must either end their projects or leave the region by the end of the month.

The majority of South Korea’s cryptocurrency exchanges will likely shut down by next week, as operators race to meet stringent new rules from the country’s financial watchdog. All exchanges operating in South Korea must now obtain licenses, but most of those exchanges have not yet received final approval with the licensing deadline quickly approaching.

Solana, a rival blockchain network to Ethereum and one whose native currency has surged in value recently, was down for a day making its SOL token experience sharp price fluctuations. Reportedly the outage occurred as a result of ‘resource exhaustion’ meaning the network became overwhelmed when transaction load reached 400,000 transactions per second, effectively crashing the system.

Time magazine has named Ethereum co-founder Vitalik Buterin one of the most influential people of the year. Buterin’s profile cites his role in building the Ethereum network to a market capitalization of more than $400 billion and encouraging the development of decentralized apps and non-fungible tokens or NFTs. Buterin is named alongside musicians, world leaders, and activists.

A bronze statue paying homage to the anonymous creator of Bitcoin has been unveiled in Hungary in a technology park, which is also home to a monument of Apple’s founder Steve Jobs. It is the first in the world to honor the mysterious Satoshi Nakamoto, a pseudonym for Bitcoin’s inventor, whose identity is yet unknown.

That’s what’s happened this week in crypto, see you next week.