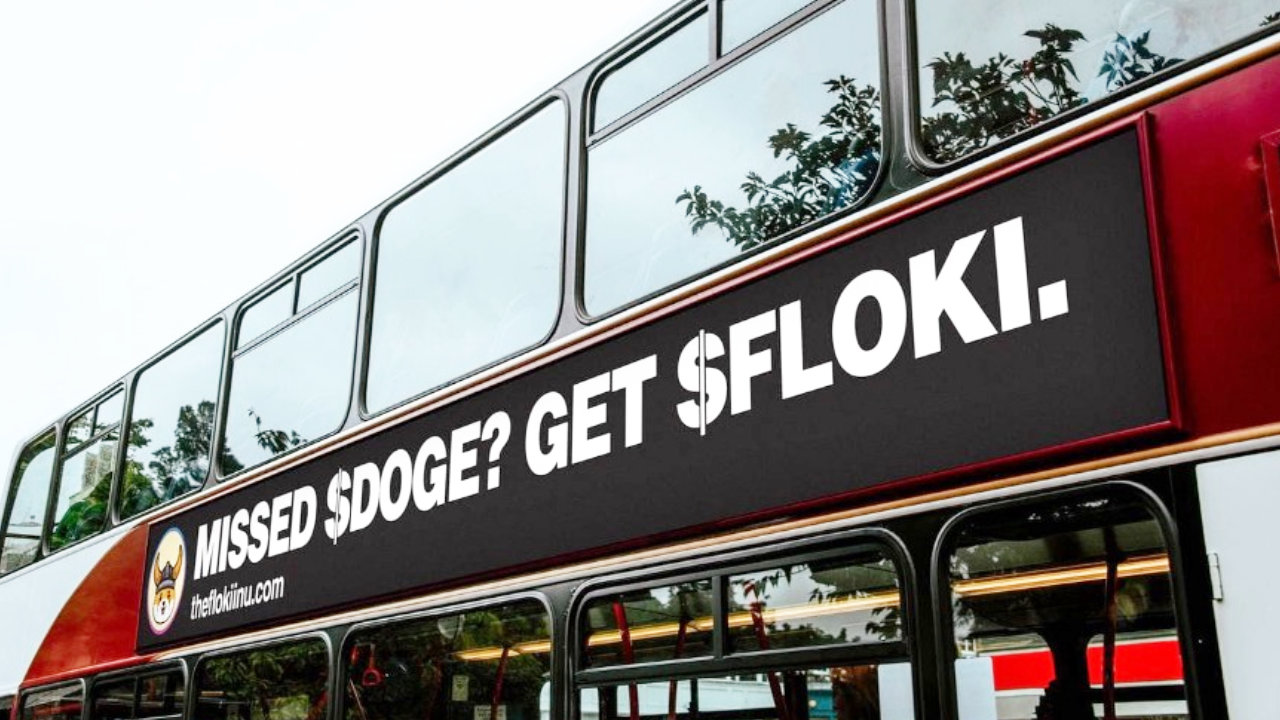 The U.K.’s advertising authority has launched an investigation into advertisements for the cryptocurrency floki inu (FLOKI). The ads, titled “Missed Doge? Get Floki,” have appeared on London buses and the underground. The team behind the floki inu ad campaign says the advertisements are “legally cleared,” and the advertising authority’s action is “an attack against cryptocurrency and against the people’s freedom of choice — a clear attempt at censorship.”

The Advertising Standards Authority (ASA), the U.K.’s regulator of advertising, is investigating advertisements placed on public transport in London for the cryptocurrency floki inu (FLOKI).

Floki inu is the cryptocurrency named after Tesla CEO Elon Musk’s shiba inu dog. Musk has been called the Dogefather for his support of the meme cryptocurrency dogecoin (DOGE). He tweeted on June 25, “My shiba inu will be named Floki.” The Tesla boss followed up with a tweet on Sept. 12 stating, “Floki has arrived.” FLOKI has both an ERC20 token and a BEP20 token.

The floki inu ads have been seen on London buses and in underground stations. The ads feature “Missed Doge? Get Floki” in big, bold writing.

The team behind the floki inu crypto ad campaign said the advertisements were “legally cleared.” They told the BBC:

These ads also include a clear disclaimer highlighting the volatility of cryptocurrencies.

While Transport for London (TFL), the capital’s transport operator, said that there have not been widespread complaints from the public about cryptocurrency advertisements, some politicians in the U.K. have expressed concerns that the TFL should not have approved the ads for floki inu.

The mayor of London’s office said, “TFL is writing to the ASA and Financial Conduct Authority (FCA) to ask for their views on the concerns being raised.” Green Party London Assembly member Sian Berry told the Guardian:

This should have raised a red flag, and someone at TFL should have looked at this before it was approved.

The team behind the floki inu ad campaign told the BBC in an email:

Over the summer, the ASA banned an ad campaign for the cryptocurrency exchange Luno, which ran on TFL. The ad stated that “It’s time to buy” bitcoin.

In a statement to the BBC, the ASA said it was looking at different cryptocurrency advertisements, including those for floki inu, across “various media spaces,” not just TFL. “We’ll be assessing whether these ads break our rules and using our findings to inform our regulation in this area, including any follow-up enforcement action,” the authority described.

What do you think about the investigation into the ads for cryptocurrency floki inu (FLOKI)? Let us know in the comments section below.