The ability for companies to create their business models by issuing tokens is advancing the FinTech industry as we know it.

Tokenomics, or the token economics behind these blockchain-based assets, are completely redefining the way companies fundraise and implement business models.

However, this evolution has also brought about complex regulatory, economical, and technical challenges that can sway many from adopting token frameworks.

For example, projects offering existing tokens have weak utility behind their tokens. This usually leads to poor demand and purpose behind the token.

Apart from that, not every project has the proper know-how to create a strong token economy, which is vital to the long-term growth of the project.

Furthermore, launching a token is tricky as most projects (blockchain-based or not) certainly don’t want their token to be categorized as investment securities. 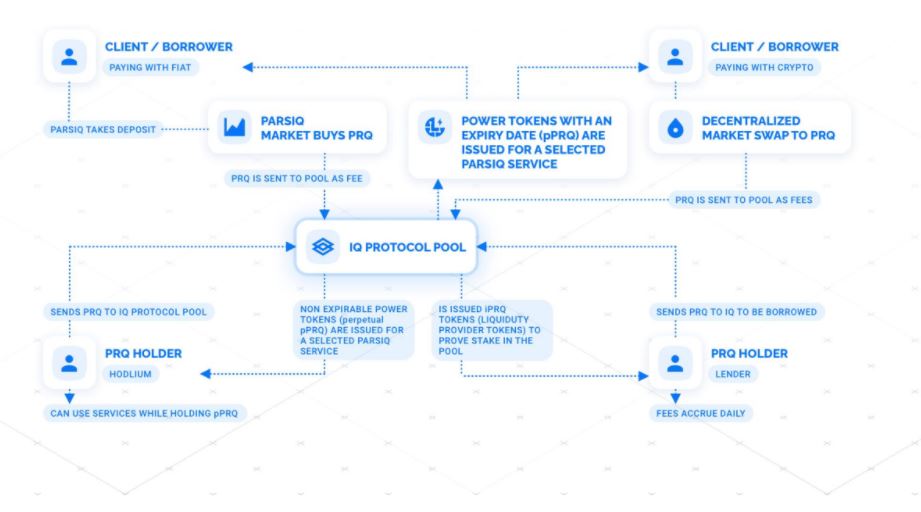 As the creators of IQ Protocol, the PARSIQ team has devised a blockchain agnostic solution for implementing subscriptions on-chain in a flexible and cheap manner. This has been done all while preserving the all-important workflows such as cancel/refund policies, different time-frame considerations, consumption rate quotas, discounts, and more. This was accomplished through the introduction of a concept utilizing PowerTokens.

PowerTokens are not used as a means of payment, but rather, as a deterministic over-time “energy” generator. Within IQ, energy plays a role in accounting for the unit of service consumption (like gas units in Ethereum).

As of today, every PARSIQ user can use the platform and build monitoring solutions simply by holding PRQ tokens as a method of payment. 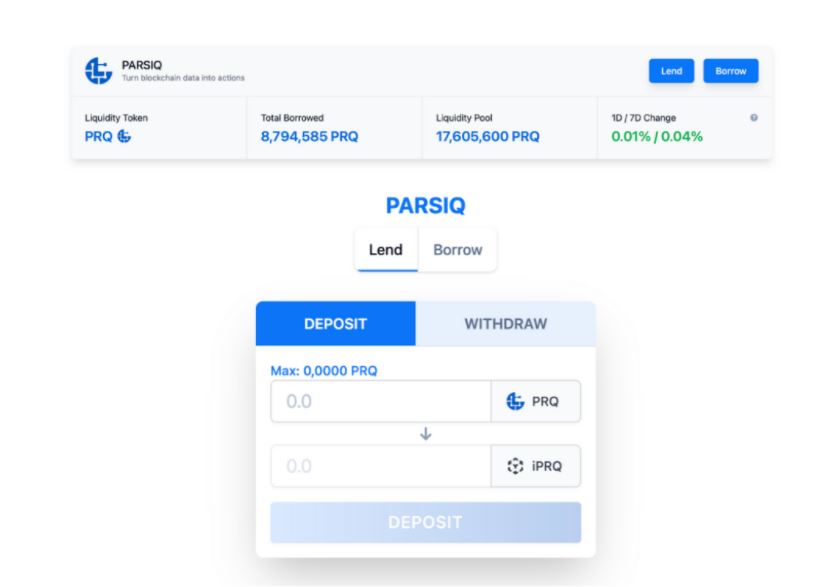 Subscription as a Service (SaaS) – Powered by IQ

Leveraging PARSIQ’s revolutionary IQ Protocol, businesses will now be able to seamlessly construct blockchain SaaS models – enabling companies across all industries to tokenize their product or service for consumption on-chain.

This is possible via IQ and the introduction of a concept known as Life Time Value (LTV). When a company tokenizes their offerings, each token is assigned an LTV, giving the token holder the right to consume a defined amount of goods or services.

Such a concept allows practically anything to be put on the blockchain – from the content streaming business to your local market, a business can tokenize their product offerings and assign each issued token an LTV.

Using these as examples, content streamers can issue tokens that allow the token holder to consume one hour of content each day for the next 365 days.

The local market could offer weekly delivery of home essentials (fresh fruits, milk, bread), which would be delivered at the beginning of each week for 52 weeks.

The possibilities are limited only by how the business aims to tokenize its offerings. On the consumer side, individuals would simply purchase the tokens.

By virtue of holding the token, the token holder would be the recipient of the value that has been defined for that token, for the life of that token.

Additionally, consumers who do not wish to hold tokens but would prefer to rent them can also do this, via the introduction of a renting pool – made possible by the Protocol.

So long as these tokens are held or rented, the consumer can enjoy the value tied to the token.

In doing so, a blockchain subscription model has been born. Through this approach, IQ enables businesses to cater to their existing audiences, and unlock new revenue streams.

It does this by allowing companies to produce uniquely tailored offerings to a potential customer that may not be ready to fully commit to a company’s product or service just yet.

Additionally, crypto projects struggling with existing tokenomics structures can benefit from IQ. After initially raising funds, many projects suffer from finding a use case for their tokens.

At best, a consumer may be incentivized to buy the project’s token, only for the purpose of spending it to acquire a particular service.

Under this model, it makes little sense to go through this intermediary step if, in reality, the transaction can be conducted entirely in fiat.

However, with the IQ Protocol, such companies can tokenize their product offerings –incentivizing communities to hold project tokens for the life of the token, while enjoying the value that has been assigned to that token.

Further, token holders have the potential to earn, by depositing their holdings in renting pools and acquiring interest payments.

Through IQ, a project can develop a circular economy, drive demand for their services and their token, which ultimately benefits all believers of the project being supported.

As an open-source protocol, any project can utilize IQ to fit their needs. Because of this, companies can customize the solution to ensure a proper fit to their existing business models. Further, the costs of implementation are manageable, limited to the costs for paying GAS.

Under this efficient and easy to adopt model, PARSIQ is currently working with over twenty companies in deploying IQ Protocol.

If you have any questions on how IQ can be incorporated into your existing business model, the PARSIQ team is ready to assist in your queries.

Issue utility tokens that are not securities

For more on how Parsiq is using its unique IQ Protocol to power the world’s first Saas company, visit their main site here.