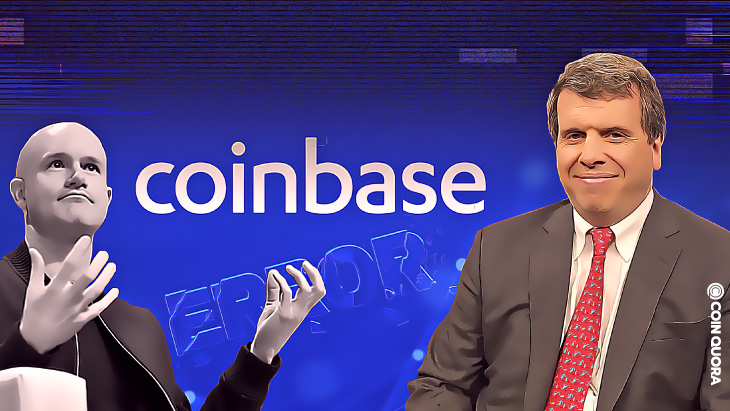 In aninterview with Bloomberg Markets and Finance, Datatek Research Co-founder, Nick Colas mentioned Coinbase’s recent action towards SEC. Colas says it was a “rookie mistake for a CEO to go to war with SEC.”

To recall, Coinbase CEO, Brian Armstrong, called out SEC for its “really sketchy behavior.” He explained this in a series of tweets.

1/ Some really sketchy behavior coming out of the SEC recently.
Story time…

According to Armstrong, SEC is not letting Coinbase offer an existing service that other companies already offer. Instead, SEC labeled Coinbase’s service as security. Armstrong found this sketchy and demanded an explanation, but SEC just asked Coinbase for more documents and references.  Coinbase gladly obliged; however, he said that SEC was being “fishy” because it only reprimanded Coinbase when clearly, other firms are already offering the same service.

Even so, Nick Colas still thinks that it was a “rookie mistake” for the CEO. He also added that “you got to work with them [SEC] because they are your regulator”. More so, Colas says he hopes “Coinbase has learned or will learn its lessons shortly and work with its regulator more intelligently.”

Further in the interview, Colas also reported about the earnings of GameStop. He explained the latter’s huge gain in the past couple of months. He even described the growth of the gaming industry as tremendous. Large numbers of retail understand the sector because it has a fundamentally decent backdrop.

When asked about the possibility of investors buying the dips as shown from a couple of days’ reports, he answered, “Yes, absolutely”. He also explained that stocks are going “back to pre-pandemic levels.”

To conclude, GameStop is currently showing good numbers so far. As Colas said, “everyone is invested.” Furthermore, he says people are yet to see “fundamental details of what happens next.”