What Do You Meme?

El Salvador’s Bitcoin Law went into effect today, September 7th, making Bitcoin legal tender within the country. In conjunction with the law, the government will begin sending $30 in BTC to citizens who download Chivo, a digital wallet, and verify their identity.

Yesterday, on the eve of Bitcoin becoming legal tender in El Salvador, President Nayib Bukele announced two purchases of 200 bitcoins each by the Central American nation.

In anticipation of today, users on Twitter and Reddit have been sharing plans to purchase $30 worth of Bitcoin in celebration of the first nation accepting Bitcoin. Notably, MicroStrategy CEO Michael Saylor, whose company has purchased billions of BTC for its balance sheet, offered a Twitter poll asking who will be joining the clan of cyber hornets stacking $30 worth of sats. At publishing time last night, roughly 56,000 members voted yes, which would amount to a $1.7M in BTC purchasing power. 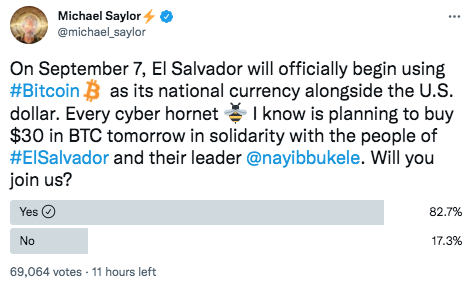 Similarly, r/Bitcoin, a Bitcoin-focused subreddit with over 3,000,000 members, has been flooded with posts urging members to join the movement. If all 3M redditors joined in, about $100M in BTC could end up being purchased.

With the passage of Bitcoin Law into action, Bitcoin is now on par with the US dollar in terms of legitimacy, with prices across the country expressed in BTC and merchants mandated to accept the cryptocurrency. 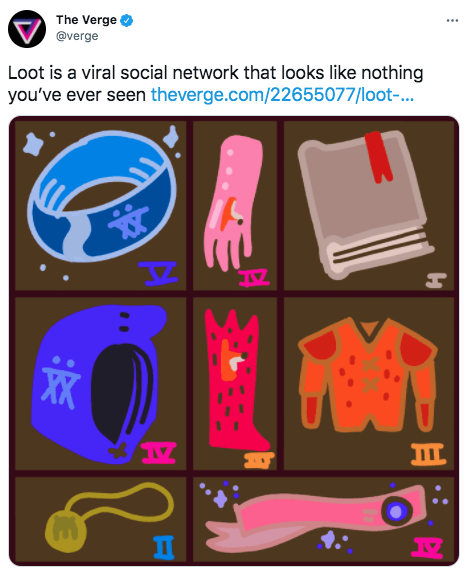 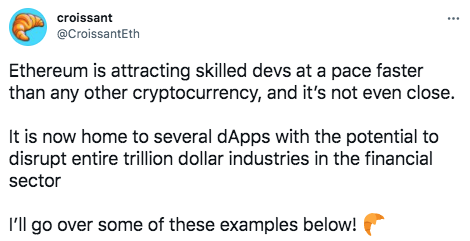 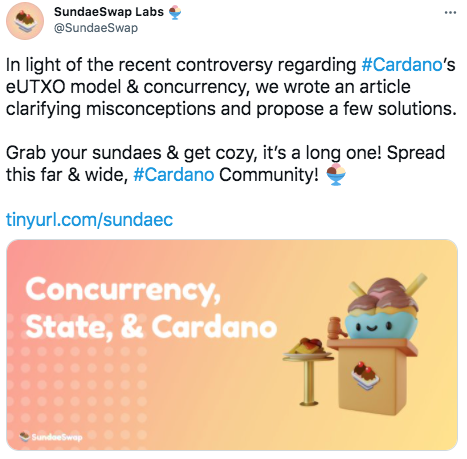 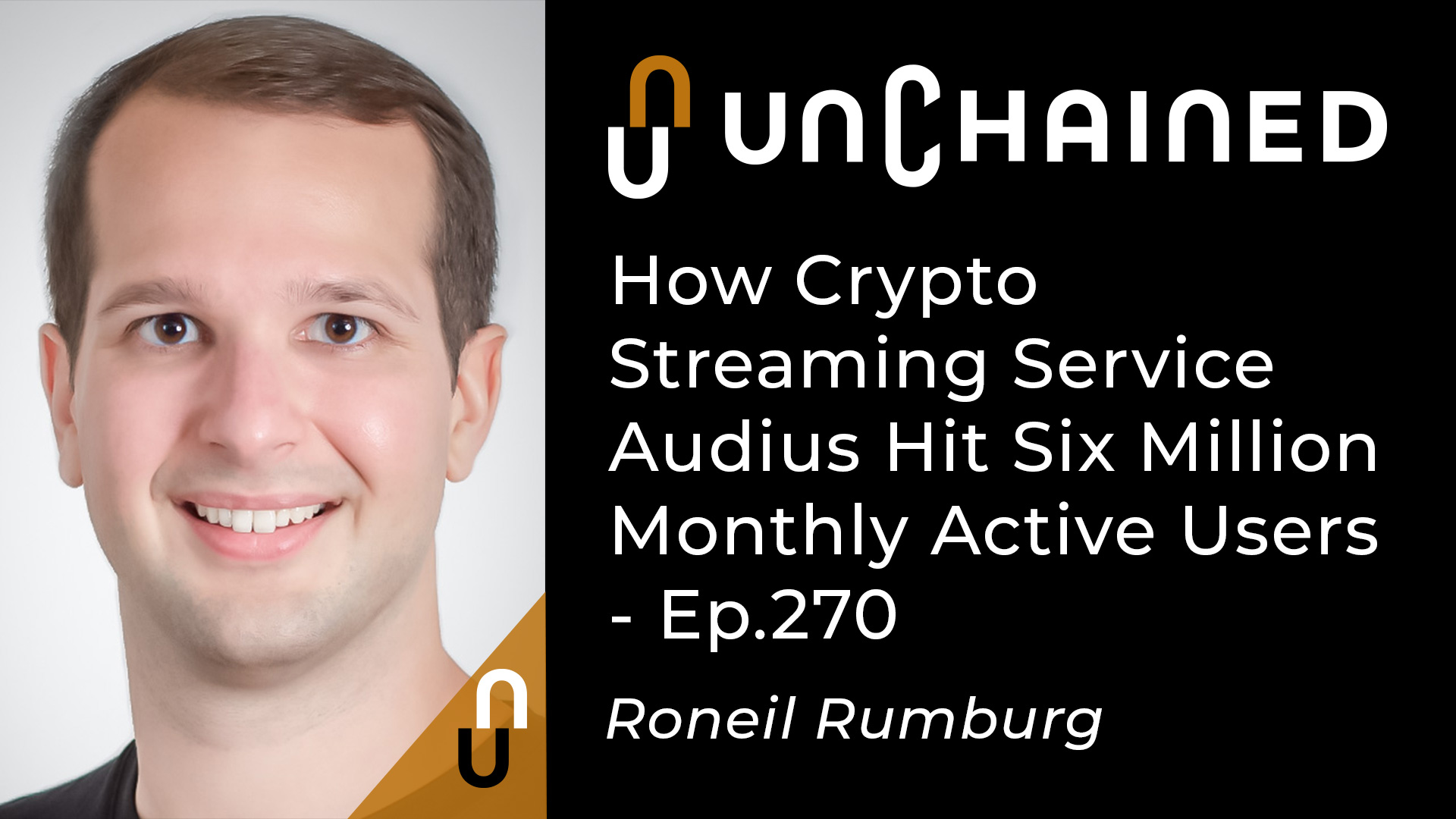 Audius, a blockchain native music streaming platform, hit six million monthly active users in August and announced a partnership with TikTok. Roneil Rumburg, co-founder and CEO of Audius, talks about how Audius works, AUDIO tokenomics, the give and take of decentralization, and more. Show highlights:

My book, The Cryptopians: Idealism, Greed, Lies, and the Making of the First Big Cryptocurrency Craze, is now available for pre-order now.

The book, which is all about Ethereum and the 2017 ICO mania, comes out Jan. 18. Pre-order it today!

You can purchase it here: http://bit.ly/cryptopians