Bitcoin (BTC) price paused the previous three days of losses on Saturday. The price trades in a tight range with no meaningful price action. Bitcoin price rallied 25% since February 3 testing a critical resistance barrier. However, this uptrend failed to sustain after a second attempt, leading to a downswing.

According to on-chain analytics firm Glassnode shows that despite price volatility, over 60% of the BTC supply has not left its wallet in a year. Furthermore, major exchange Binance order book activity showed “rugs” of support disappearing above $40,000 immediately before Friday’s dip to two-week lows. 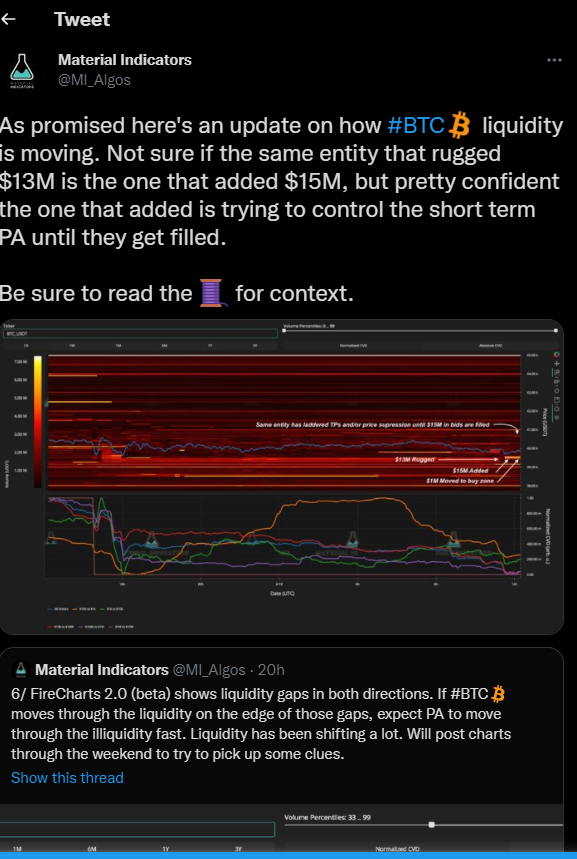 Bitcoin looks for reversal on the daily chart

Bitcoin price action lost 50% from all-time highs of $69000 made on November 10. Later on, a short-term consolidation started in late January rallied exponentially from February 3, hitting a critical resistance barrier. However, BTC bulls lack the conviction to sustain this time uptrend after this attempt, leading to the current retracement.

On the flip side, with a renewed buying pressure above the 50-day Simple Moving Average (SMA) the price could jump toward the highs of $45,000.

Next, market participants would keep their eyes on the critical 200-day Simple Moving Average (SMA) at $49,916.

RSI: The Daily Relative Strength Index (RSI) trades at 43 with a negative bias.

MACD: The Moving Average Convergence Divergence (MACD) holds above the midline but with receding bullish momentum.