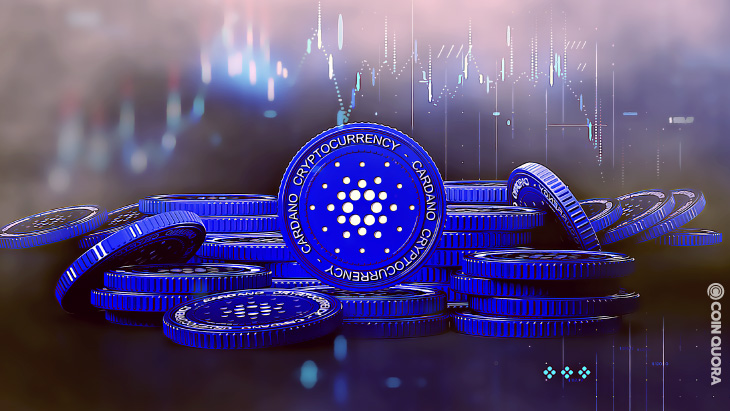 One of the biggest, most anticipated events over the last few months has been about the Alonzo Hard Fork. This is Cardano’s imminent milestone. The one that’ll most likely change the crypto space as we know it.

The CEO of Cardano (ADA) — Charles Hoskinson, has been very vocal about every update and every step that has to do with this launch. However, the most important announcement on this matter came very recently.

This detail concerns itself with the release day of the Alonzo mainnet launch. The date is set for September 12, 2021. On this day, all users on the Cardano blockchain will experience the joy of deploying their own smart contracts.

The reason behind the long wait is because the team wanted to ensure the best quality along with the tightest security. They did not wish to take one step forward and two steps back. Therefore, after careful consideration, the Cardano team came up with a dedicated plan to launch Alonzo’s mainnet.

This plan involved specific phases. The Alonzo mainnet would only be ready for launch when the Alonzo testnet would be complete. These testnet launches were done in color-coded phases. It started with Alonzo Blue then White, Purple, Red, and Black.

Each testnet launch confirmed the complete workings of certain functionalities. The team now believes Alonzo is ready for its final mainnet launch. To highlight, the most important thing to come from this hard fork is the fact that users can now enjoy Cardano as a smart contracts platform.

Let’s have a look at the specific functionalities confirmed by the testnets. Alonzo Blue brought smart contracts to about 50 technical participants. These participants stayed as stake pool operators. Alonzo White added more features.

To be specific, it bought on more technical participants. Together, they tested the network’s working capabilities. Next, Alonzo Purple took the testnet to the public. Here, users could make simple smart contracts and later, more complex ones.

Finally, Alonzo Red and Black took charge of finding and fixing bugs and similar specifics. They act as the clean and wind-up crew. It is imperative that the testnets are absolutely fool-proof before the mainnet launch as tweaks to the hard fork are not a very viable option in the future.

Therefore, the Cardano team has carefully taken its time to make the mainnet as ready as it will ever be before the full and final launch. Which, much to the crypto space’s enthusiasm, is almost upon us!

Cardano’s Impact After The Hard Fork

The biggest impact of course if the fact that smart contracts can be deployed on the platform. The means that users on the platform can launch DeFi applications, mint Non-Fungible Tokens (NFTs), and play blockchain games.

So far, the Ethereum blockchain is where most developers go for deploying any of the above. Sure, new blockchains are popping up but as of now, Ethereum holds the majority in this industry. However, Ethereum users are facing a huge drawback in the form of congestion which results in slow transactions and high gas fees.

This is an abomination that Cardano’s new Alonzo hard fork can help avoid. Cardano is built to be more scalable compared to Ethereum. It also uses a Proof-of-Stake (PoS) consensus in contrast to Ethereum’s current Proof-of-Work (PoW).

Besides this, Cardano has a major 5 step roadmap in place. It consists of 5 eras, in order — Byron, Shelley, Goguen, Basho, and Voltaire. Each era will bring radical developments onto the Cardano network.

Currently, Cardano is in the middle of its Goguen era. At the end of the Voltaire era, Cardano’s community members will be the ones to make major decisions for the platform. They will do so based on community votes. Along with Alonzo, Cardano has many other interesting projects under development.

To name a few, there is Hydra — the Layer-2 solution. Cardano will continue to work on new projects whilst also working to improve existing projects. For instance, the Cardano team will continue to improve its Plutus programming language along with the Plutus Core. The Yoroi project will also not be forgotten.

The greatest news during all this Alonzo mainnet buzz is the fact that the price of Cardano’s native token ADA has been steadily going up over the past few months. The successful launch of the testnet certainly is a contributing factor to the rising prices.

Although it could also be due to the steady support that the project gets thanks to its dedicated community. A large part of Cardano’s supply is already being staked. On September 3, 2021, Cardano set a new all-time high (ATH) at $3.09. This came soon after the Alonzo mainnet launch announcement.

When it comes to the price of ADA’s next ATH, analysts are certain it will go up. However, how high will it go? This is a matter of great discussion between many analysts, some say $5 while others say $10.

One analyst, in particular, says that since over 71% of ADA’s total supply is already being staked, it is only inevitable that its market capitalization will also go up. In fact, this staked amount stacks up to more than $31 billion.

The analyst says that it is more likely for ADA to go 10x than it is for Ethereum. This will most likely turn the tides for Cardano. To conclude, he says that Cardano will most likely hit $500 billion in market cap. Ultimately, this will bring more users onto the platform who will continue to stake. All in all, with so many future milestones to look forward to it is clear that many factors will contribute to ADA’s next ATH. As we saw with the latest ATH being set even before the Alonzo mainnet update, it is only exciting now to see where the price of ADA will go next. We will soon hear about the firm’s plan for progress at the Cardano Summit 2021