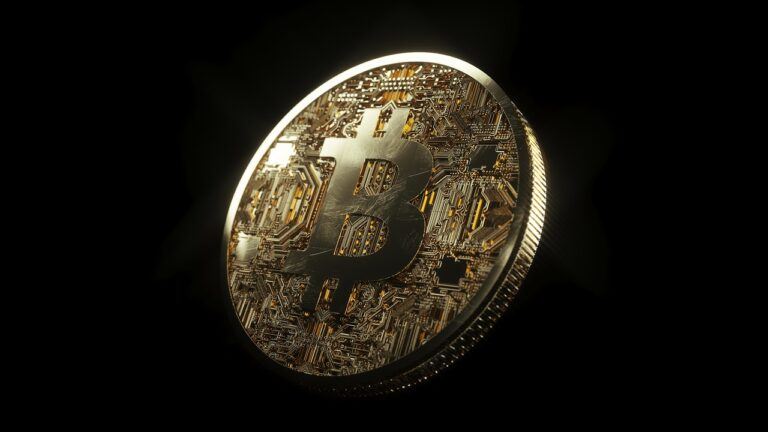 Earlier today (September 9), Rick Rieder, a Managing Director at BlackRock, the world’s largest asset manager, explained during an interview why his firm owns some Bitcoin.

BlackRock, which was founded in 1988, started with just eight people working in one room. It made its Initial Public Offering on the New York Stock Exchange on 1 October 1999 at $14 a share.In 2006, BlackRock acquired Merrill Lynch Investment Management. Then in 2009, it acquired Barclay’s Global Investors (BGI), “becoming the world’s largest asset manager, with employees in 24 countries.” As of the end of Q2 2021, BlackRock had roughly $9.5 trillion in assets under management (AUM).

Rieder made his comments during an interview with Andrew Ross Sorkin, a co-anchor of CNBC’s “Squawk Box”.

Here is what Rieder had to say about Bitcoin:

“Is it an alternative currency?… Part of why I own a small piece of Bitcoin is I do think there are more people that are going to enter that fray over time. We have a very moderate position in our portfolio. I like assets that are quite frankly that are volatile, that have upside convexity, and I could see Bitcoin… go up significantly.

“But listen, I think it’s volatile. I don’t think it’s a core asset class. like bonds are, like stocks are, but I think… to have a bit as more of a speculative tool in a portfolio, yeah, I think there’s some value to that.”

The most interesting part of the above interview is that this appears to be the first time that BlackRock has revealed that it owns some Bitcoin. Back in November 2020, the BlackRock CIO said that he didn’t own any Bitcoin in any of his portfolios.

When on November 20, during an interview on CNBC’s Squawk Box,Rieder was asked if he agreed with Jamie Dimon, Chairman and CEO of JPMorgan Chase (who thinks that the U.S. government will try to regulate Bitcoin if its price gets too high), he replied:

“But do I think it’s a durable mechanism that will take the place of gold to a large extent? Yeah, I do because it’s so much more functional than passing a bar of gold around…”

The views and opinions expressed by the author, or any people mentioned in this article, are for informational purposes only, and they do not constitute financial, investment, or other advice. Investing in or trading cryptoassets comes with a risk of financial loss.

Photo by “SnapLaunch” via Pixabay