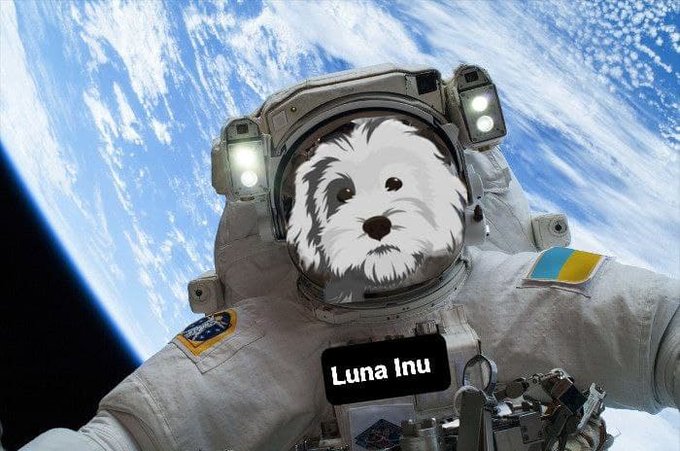 The canine tokens DOGE and Shiba Inu SHIB traded higher on Tuesday and other crypto assets. One Knockoff coin which made substantial gain was Luna Inu (CRYPTO: LUNAINU). Luna Inu surged 77.7% in the past 24 hours and stood at $0.0009732.

Luna Inu is a token on the Binance Smart Chain, and it is named after the pet of Amazon.com Inc. founder Jeff Bezos’s dog Luna.

The project theme says it will make the world better for canines through charity partnerships and donations. In addition, the roadmap includes plans for nonfungible tokens (NFTs).

Luna Inu (LUNAINU-USD) is the latest meme coin to make it into the news. The Jeff Bezos Inspired Pupcoin theme is “With one mission on her mind to take her fellow Lunauts with the help of Jeff Bezos beyond the moon and also to make the world a better place for her fellow dogs [through] charity [partnerships] and donations! The roadmap includes plans for NFTs and also a gigantic statue that will be built and placed outside the Amazon headquarters.”

The latest furry addition to the increasing list of meme coins has bold aspirations. Luna Inu was launched on February 9 after a short media campaign.

The Twitter account of Luna Inu Crypto frequently tweeted to Jeff Bezos to cash in on his fame. However, the short advertising blitzkrieg did not get the desired effects.