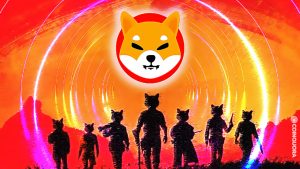 The Shiba Inu team has announced veteran record producer, Duncan Gray, as their top 5 influencers amongst the token’s top 10 influencers of the day list. As a reply to the team, Gray expressed his delight in a tweet. He promised that he will always be available for the Shiba Inu community.

To add, Gray shared his heartfelt gratitude specifically to SHIB and the team behind the project for such recognition. In addition, he applauded the entire SHIBA ARMY community for their continued support.

Crypto netizens were quick to express their congratulations through a series of comments. The majority of the reactions appeared in the form of appreciation as well as support for Gray. According to the Shiba Twitter community, Gray should keep rendering his massive support, especially towards Shiba Inu as always.