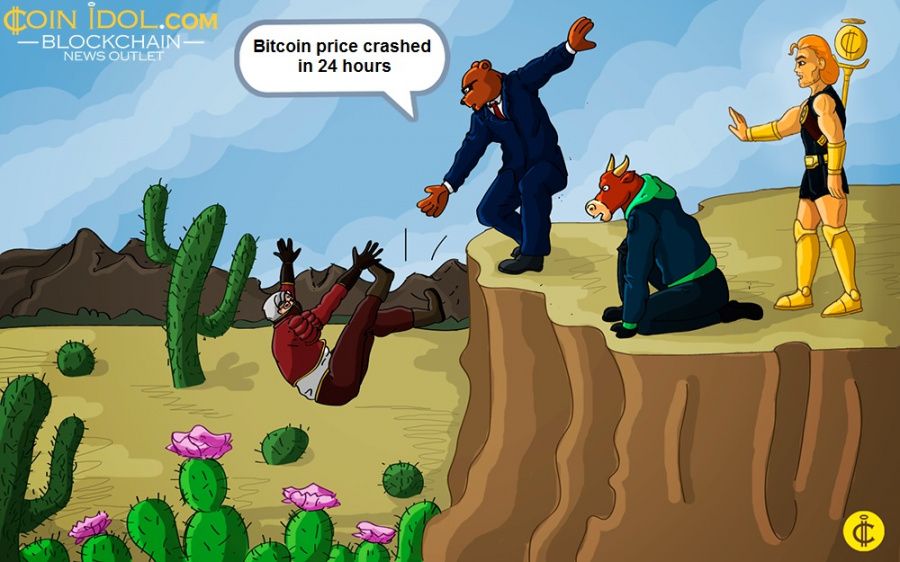 The Central American Republic El Salvador is the first country in the world to make Bitcoin the official national currency. The Bitcoin exchange rate reached a high of $52,445 in the last 24 hours, but then crashed and traded below $45,000.

Under the administration of President Nayib Bukele, the introduction and use of BTC as legal tender in El Salvador began on Tuesday September 7, 2021, and the government has now begun installing BTC ATMs in various parts of the country so that the public can easily exchange Bitcoin for dollars and then withdraw it in the form of banknotes, according to CoinIdol, a world blockchain news outlet.

The service provider will have to set up around 200 of these ATMs to accompany its digital wallet called Chivo. The transactions will be fee-free and there will be around 50 financial branches in different parts of the country to help citizens withdraw or deposit money.

The move comes a few months after lawmakers voted to legalize the cryptocurrency Bitcoin – the vote took place in June this year. The government believes that the introduction of Bitcoin will help grow the country’s economy.

Other countries from Central and South America are now waiting to see if the experiment will boost the crippled economy of El Salvador. However, about 6.5 million of the population are not well versed with how cryptocurrencies work and oppose the government’s decision to make cryptocurrencies the official currency.

Nevertheless, Bitcoin’s trading volume has increased from $38.884B to $65.21B and now stands at $65.982B, an increase of 56.48%, according to CoinMarketCap data. This shows that traders and others are trading bitcoin on a massive scale. 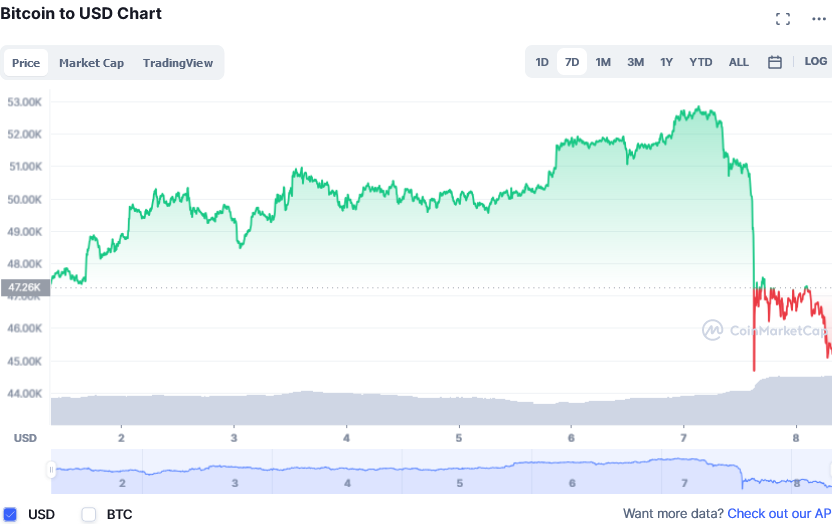 Following the news that Bitcoin will be used as a national currency in El Salvador, the total market capitalization of cryptocurrencies rose from $2.28T to $2.327T, an increase of 2.1% – but later crashed to now $2.01T, a decrease of 14.65% in the last 24 hours.

Some analysts believe that the move is more likely to boost Bitcoin adoption even further, while a growing movement on various social media platforms is urging crypto users and the rest of the public to buy less BTC ($30 worth of Bitcoin) to embrace the upcoming cryptocurrency as legal tender.

The cryptocurrency market also crashed because JPMorgan warned its users against buying cryptocurrencies at this stage of the bull market, claiming that retailers are busy driving up prices, especially at this time when there are fundamental advances in NFTs, scalable DLT (blockchains), and other technologies. This has led to negative sentiment in the digital currency space, resulting in a sharp sell-off.