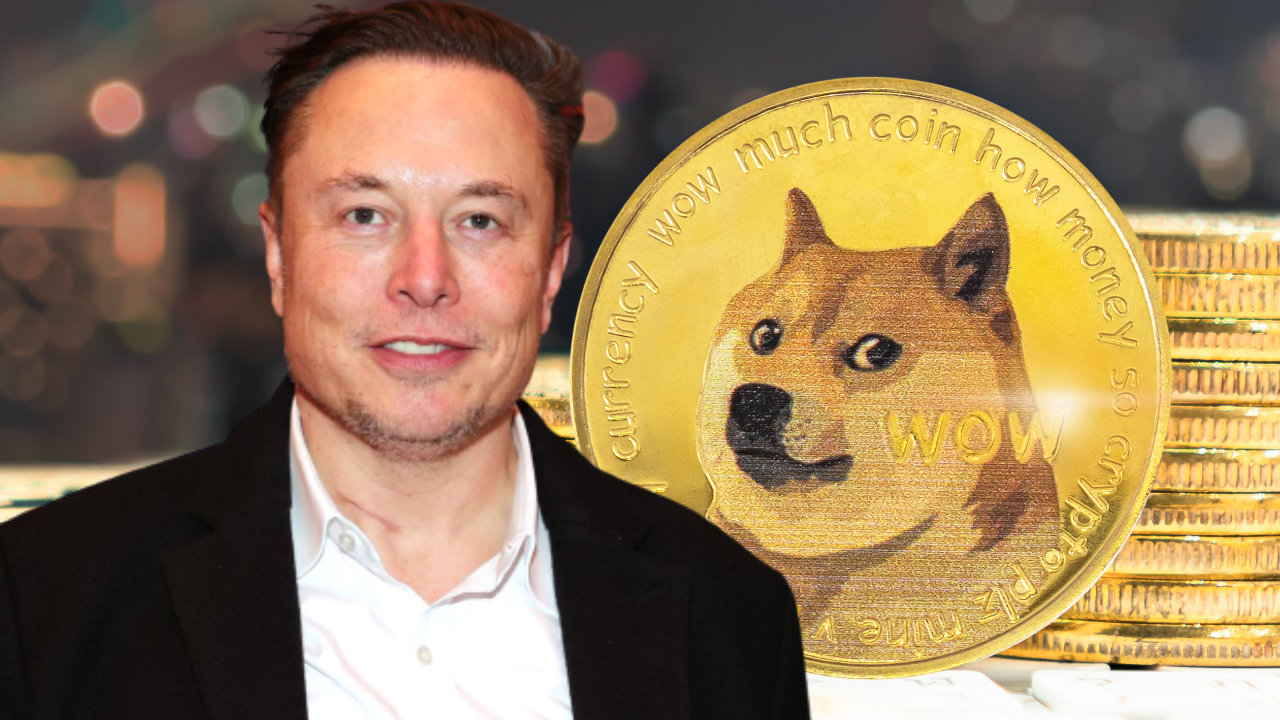 Elon Musk has revealed that Tesla’s upcoming futuristic diner and drive-in theater, planned for the Hollywood area, will accept the meme cryptocurrency dogecoin. The electric car company currently accepts DOGE for some merchandise on its website.

Tesla CEO Elon Musk: ‘You Can Pay in Doge’

Tesla and Spacex CEO Elon Musk tweeted about future dogecoin payment acceptance Friday in reply to a tweet by developer Ryan Zohoury, who said a new Tesla supercharger station in Santa Monica, California, is almost full 10 minutes after it opened.

The Tesla boss tweeted, “And futuristic diner / drive-in theater planned for Hollywood area.” He added in a follow-up tweet:

And, of course, you can pay in Doge. 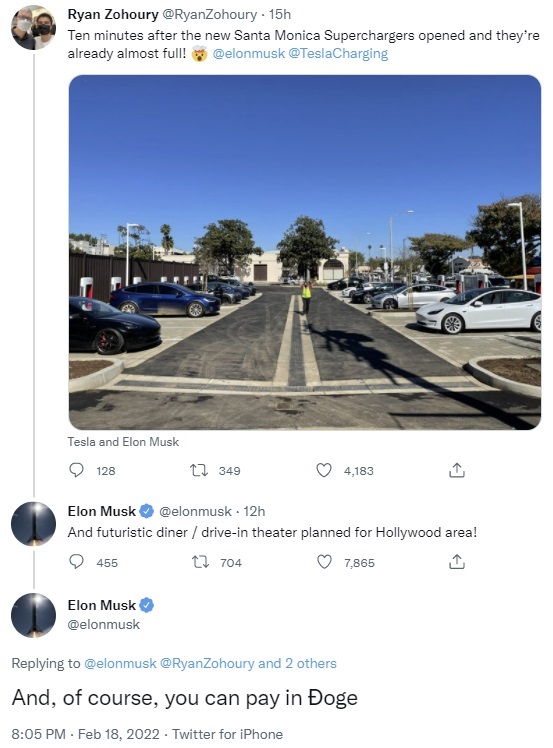 At press time, the Tesla CEO has not clarified what exactly customers can pay for with the meme cryptocurrency. Some people assume that Tesla supercharger stations will accept dogecoin while others interpreted Musk’s tweet as applicable to only the upcoming diner and drive-in theater in the Hollywood area.

The price of dogecoin, however, is fairly unaffected by this news. At the time of Musk’s tweet, DOGE was trading at $0.1417 based on data from Bitcoin.com Markets. While the price did subsequently rise slightly to $0.1450, it fell to $0.1411 at the time of writing.

In January, Tesla began accepting dogecoin for some merchandise. Musk then tried to get McDonald’s to accept DOGE by offering to eat a Happy Meal on television. However, the famous fast-food chain replied, “only if Tesla accepts grimacecoin.”

Musk, a longtime dogecoin supporter, is sometimes known in the crypto community as the Dogefather. The Tesla boss believes that DOGE is the people’s crypto and previously revealed that many people he talked to at Tesla and Spacex owned dogecoin. He said that dogecoin is the best crypto for transactions while bitcoin is more suitable as a store of value.

What do you think about Tesla expanding its dogecoin adoption? Let us know in the comments section below.

A student of Austrian Economics, Kevin found Bitcoin in 2011 and has been an evangelist ever since. His interests lie in Bitcoin security, open-source systems, network effects and the intersection between economics and cryptography.