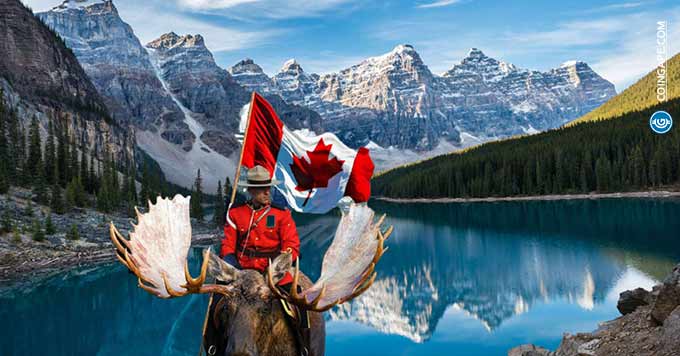 The government of Canada is continuing to apply pressure on truckers protesting against COVID-19 mandates. Deputy Prime Minister, Chrystia Freeland, has revealed that more wallets and accounts affiliated with the protesters will be frozen. She added that the institutions concerned were already cooperating with law enforcement on the previous list of 34 wallets.

Individuals and entities will face full sanctions in connection with the ‘Freedom Convoy’. Freeland made the statements during a virtual press conference. She said:

The names of both individuals and entities as well as crypto wallets have been shared by the RCMP with financial institutions, and accounts have been frozen and more accounts will be frozen.

As part of the cooperation with law enforcement, the Deputy PM said that Canada’s financial intelligence regulator, the Financial Transactions and Reports Analysis Centre of Canada (FINTRAC), had started the registration of
crowdfunding platforms and payment service providers.

Freeland however declined to name the specific entities and individuals that will be targeted. She said the details were with law enforcement agents and financial service providers. These institutions are charged with making the “operational decisions” she said.

The Justin Trudeau-led government has been doing all in its power to quell the weeks-long protest at its border.

The government invoked the Emergencies Act that allows it to carry out sweeping sanctions without needing court approval. The previous order the Royal Canadian Mounted Police (RCMP) sent out to banks and financial service providers is an offshoot of the new powers of the government.

Centralized exchanges will have to comply with law enforcement

Protesters have stood their ground in demanding that the government end the compulsory vaccination mandate. However, they may be in for tough times as the new sanctions look to cut off their support.

The CEO of Kraken, Jesse Powell, as well as Binance’s CEO, Changpeng “CZ” Zhao, have stated that centralized exchanges would have no choice but to comply with the government. Powell, who himself is a supporter of the protests and has donated to the cause, advised that crypto should be moved off CEXs to avoid being trapped by sanctions.

CZ chimed in saying people should not use CEXs to support the protest.

The government’s sanction has already been effective in freezing $10 million donations made via GoFundMe to the protesters.