The US Justice Department has formed a new federal crypto unit and appointed its first Director.

Announced yesterday, the Department named Eun Young Choi to serve as the first Director of the National Cryptocurrency Enforcement Team (NCET). Eun Young Choi is a prosecutor who led a case against a Russian hacker that helped steal information about more than 80 million JPMorgan & Chase customers.

According to the agency, the NCET was created to ensure that the Justice Department is able to properly address the illicit use of cryptocurrencies and digital assets. It is made up of prosecutors with backgrounds in cryptocurrency, cybercrime, money laundering and forfeiture.

The NCET will put a focus on supporting cases of criminal use of digital assets involving virtual currency exchanges, mixing and tumbling services, infrastructure providers, and “other entities that are enabling the misuse of cryptocurrency and related technologies to commit or facilitate criminal activity.”

“The NCET will set strategic priorities regarding digital asset technologies, identify areas for increased investigative and prosecutorial focus, and lead the department’s efforts to coordinate with domestic and international law enforcement partners, regulatory agencies and private industry to combat the criminal use of digital assets.” 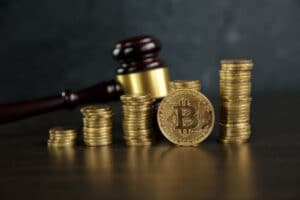 “We are issuing a clear warning to criminals who use cryptocurrency to fuel their schemes,” Monaco said.

“We also call on all companies dealing with cryptocurrency – we need you to root out cryptocurrency abuses. To those who do not, we will hold you accountable where we can.”

Monaco added there was an international initiative to asses virtual currencies, and warned that “disruptive” measures would be taken against cyber threats.

“Moving forward, prosecutors, agents, and analysts will now assess – at each stage of a cyber investigation – whether to use disruptive actions against cyber threats, even if they might otherwise tip the cybercriminals off and jeopardize the potential for charges and apprehension,” she said.

The Justice Department’s new unit comes after nearly $4 billion in Bitcoin was seized from Bitfinex hackers, almost six years after it went missing from the crypto exchange. Ilya Lichtenstein and Heather Morgan have been accused of attempting to launder 119,754 BTC stolen from Bitfinex, and each face a charge of conspiracy to commit money laundering, which carries a maximum sentence of 20 years in prison, and conspiracy to defraud the United States, which carries a maximum sentence of five years in prison. Both suspects are now out on bail.