Indian crypto-asset exchange platform WazirX witnessed a 30% jump in its daily sign-ups since the country decided to impose a 30% tax on profits from cryptocurrency trading, according to co-founder Nischal Shetty. 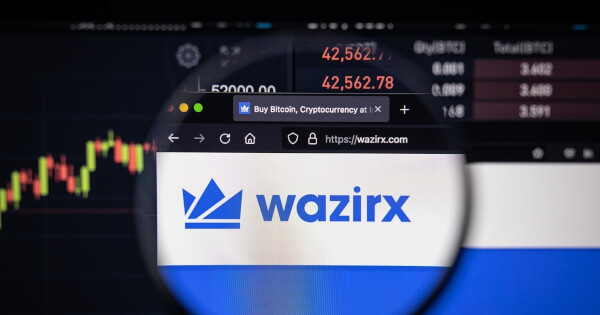 While rival CoinSwitch saw a daily increase of 35%, according to founder Ashish Singhal. Binance owned WazirX is the largest crypto bourse in India.

The crypto tax decision by the Indian government could be seen as a boon instead of an obstacle as crypto interest among the public has risen due to a probability that taxation has legitimized an industry that was earlier in regulatory limbo, although it had already been facing stringent backlashes from the central bank.

According to Shetty, there could be about 100 million individual investors in crypto in the next two to three years.

“Investors are seeing a lot of clarity and visibility now with taxation announced in the budget,” Shetty said. “Earlier, people were on the sidelines wondering if cryptos were allowed or not.”

Neither exchange disclosed how many customers they added in total since Feb 1, but Shetty said that on average, the new client puts about 30,000 rupees to 40,000 rupees  ($400 to $533) in their trading account.

Following the announcement of the taxation scheme, crypto wary companies have started to show investment interests in WazirX, Shetty said. However, India’s crypto industry still lives in uncertainty as the country has not introduced legislation governing digital assets.

Meanwhile, the Reserve Bank of India (RBI) or central bank has not shown any signs of toning down its criticism against the use of digital assets.

Earlier in February, RBI Governor Shaktikanta Das showed distaste towards cryptocurrencies saying that they are a threat to financial stability and comparing them unfavourably to the 17th-century Dutch tulip mania.

RBI Deputy Governor T. Rabi Sankar echoed Das’ sentiments saying that India should ban cryptocurrencies as they are related to Ponzi schemes or worse and they pose a threat to financial and macroeconomic stability, Blockchain.News reported on February 15, 2022.

“We have also seen that cryptocurrencies are not amenable to definition as a currency, asset or commodity; they have no underlying cash flows, they have no intrinsic value; that they are akin to Ponzi schemes, and maybe even be worse,” T. Rabi Sankar said in a speech.

Sitharaman clearly noted that while the “profit emanating from transactions associated to cryptocurrency has been taxed, nothing has been done, at the moment, to legalise, ban or de-legalise it”.

Sitharaman also clarified doubts about the future of cryptocurrency in the country, stating that if there were any final decisions on prohibiting digital currencies, it would only come after due consultation from all stakeholders.

Sitharaman, however, also gave hope to crypto exchanges and investors who have been arguing for the regulation of cryptocurrencies as an asset.