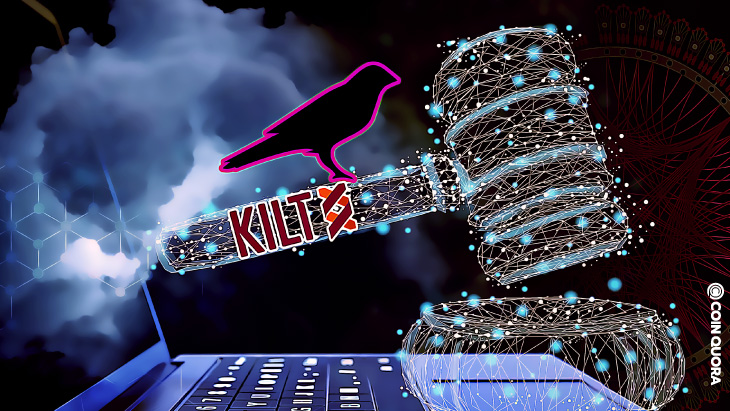 Today, KILT announced on Twitter it has secured 6th place on the Kusama parachain slot during the second batch.

The first batch of 5 parachain slot auctions on Kusama was closed throughout June and July. Besides, the 6th parachain slot sale started on September 1, at noon GMT. During that time, the Kusama team said it gave the members of the Kusama community enough time to unstake KSM for their auction bids and participate in crowdloans.

Prior to this result, KILT was ahead of others as it has amassed 147K Kusama (KSM) worth $55M a week ago. It was followed by Calamari which pushed $30M, winning the second-highest bidder of the auctions at that time.

So it was obvious that KILT, a blockchain protocol running in parallel within the Kusama and Polkadot networks was going to win the auction.

Following the win tweeted and thanked its community for the support. The team said,

KILT has secured its Kusama parachain slot! THANK YOU to our passionate community for supporting KILT in the #6 auction. Our 12,211 contributing votes placed KILT firmly in the lead. The next step is KILT mainnet launch. Stay tuned for our go-live post, coming soon!

In addition, the KILT team noted, “Now that we’ve secured a Kusama parachain slot, we can move to the next phase. The momentous day is finally here: KILT Protocol is live!”

Also, the team said they started onboarding their global network of collators who will hold and secure the data of KILT blockchain. And also build blocks.

KILT team also talked about introducing their governance and Treasury. They said the governance will be tested internally, leading to their next runtime upgrade where they add KILT functionalities like “Decentralised Identifiers (DIDs) and Verifiable Credentials.”