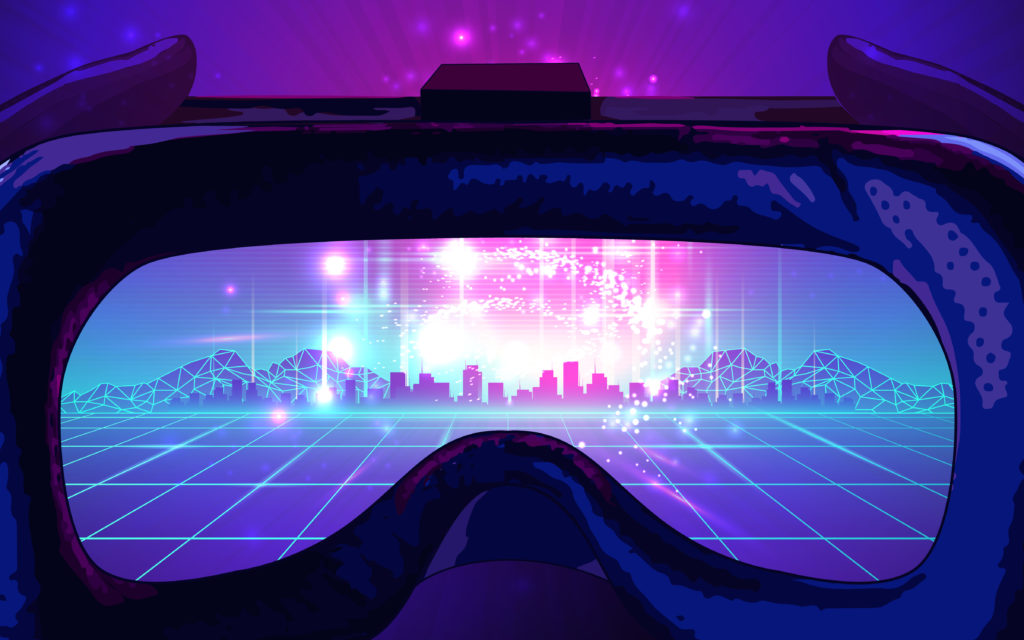 The Metaverse is broadly described as a hypothetical future iteration of the Internet facilitated by virtual reality and augmented reality headsets. The use of virtual reality headsets allows users to become visually and audibly immersed in a 3D world to play games, communicate with other users, and explore the seemingly never-ending virtual spaces. The Metaverse is constantly growing and changing and is expected to continue to evolve from its current form.

The initial concept for the Metaverse came in 1838. Scientist Sir Charles Wheatstone hypothesized combining two images, one for each eye, to make a single 3D image[1]. This concept, called “binocular vision”, is frequently used in modern virtual reality (VR) headsets. The technology did not exist at this point to act on this concept, but interest around virtual reality headsets was piqued again in 1935, when a science fiction writer published a book titled Pygmalion’s Spectacles. The book referenced the invention of a pair of goggles which enabled sign, sound, taste, smell, and touch. This book is now renowned as quite possibly the first comprehensive and specific fictional model for virtual reality[2].

The first VR machine was envisioned in 1955 by Morton Heilig and titled the Sensorama Machine[3]. The prototype of the multi-sensory theater came in 1962 with short films that combined 3D video with audio, scents, and a vibrating chair to immerse the viewer in the virtual world. Heilig went on to patent the first head-mounted display in 1960, helping pave the path for the headsets we use today[4].

After the Sensorama, many virtual reality experiences began to unfold including a computer-generated tour of the town of Aspen, Colorado in the 1970s[5], a virtual reality arcade machine introduced by Sega the 1990s[6], and the NFL overlaying graphics on top of live broadcasts in 1998, visually identifying the first down line with a computer-generated yellow marker overlay on the field[7]. These first-of-their-kind virtual reality experiences helped the Metaverse gain interest as technology was evolving to better support the concept.

The term “Metaverse” was first coined by Neil Stephenson in a 1992 book titled Snow Crash. In the book, the Metaverse was a virtual place where characters could go to escape the totalitarian reality they lived in[8]. A perfect virtual utopia became the idealized version of the Metaverse researchers clung to while developing the technologies.

All of these touches with virtual reality across the decades culminated into the headsets which connect us to the Metaverse today. You may have heard of, or even played with a Meta Quest 2 headset (formerly called Oculus Quest 2).

The Quest 2’s predecessor, the Oculus Rift S was developed by then 17-year-old Palmer Luckey in his parents’ garage in Long Beach, California[9]. A 2012 Kickstarter campaign raised Oculus $2.4 million[10] and helped Luckey catch the eye of Mark Zuckerberg, leading to Facebook’s (now Meta’s) acquisition of Oculus in 2014 for $2 billion[11].

The Oculus Rift S became available in 2016[12], but required a cord connected personal computer to power the device. Its cordless, PC-less successor, the Oculus Quest, released in 2019, helped propel access to the Metaverse to unseen levels. In fact, Oculus sold $5 million worth of content within the first two weeks of being available – and that’s not even device sales[13]. The current iteration, Oculus Quest 2, came out in 2020 at a cheaper price than the original Quest[14] and sold 10 million headsets in its first year[15].

The Rift, Quest, and Quest 2 all connect users to the Metaverse through a headset and pair of controllers, one for each hand. The devices are haptic-enabled, which means that they use vibrations to communicate with the user. The patterns, lengths, and intensities of the vibrations are used to convey different meanings when a user is inside the Metaverse. Haptic technology has become more common with smartphones giving off different vibration patterns for texts, calls, and notifications. 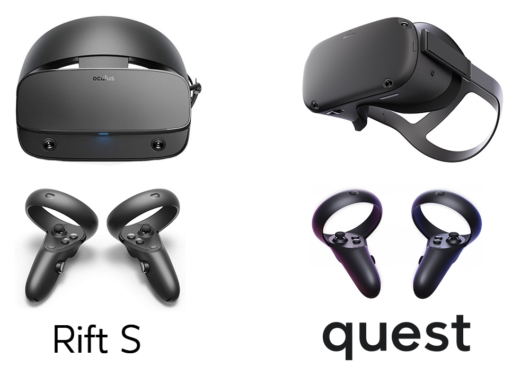 Using these virtual reality headsets, users can explore 3D tours of travel destinations, communicate via avatars with other users across the world through multiplayer games like Rec Room, or play games like Beat Saber, in which players hold two lightsabers and are tasked with slashing blocks in half to the beat of a specific song. These current uses of the Metaverse have helped propel the technology into the mainstream with Beat Saber reaching 4 million copies sold as of February 2021[16] and Rec Room boasting 3 million monthly active users as of April 2022[17].

With 3 major successions of one brand of virtual reality devices coming out within 4 years, it can be assumed that the Oculus Quest 2 could be replaced at some point in the future with the next iteration of Metaverse-enabling devices. Facebook rebranded to Meta in late 2021[18] representing Zuckerberg’s commitment to furthering the Metaverse. In fact, Meta has already announced the next generation of headsets, but no release date has been announced yet[19]. In October 2022, Meta wrote one word in a Tweet to describe the future of the Metaverse: “legs”. Avatars within the Metaverse have historically been bodies and heads, some with arms, but none with legs. 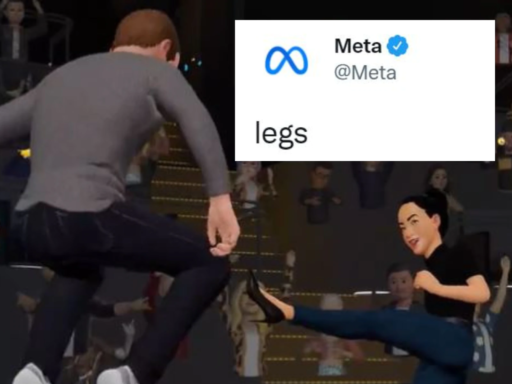 Wherever the legs of the Metaverse take us next, the Metaverse is likely to be enabled by new generations of devices, feature new experiences, and go beyond what we can imagine it as today. Potential use cases for the Metaverse include virtual trade shows, meetings between people across the world, and new ways to connect with loved ones from afar. The success and future iterations of the Metaverse could heavily rely on the technologies to shape virtual reality devices, helping enable further immersion into the virtual world.

It is important to make the distinction that the Metaverse is not a singular product or device, but rather a figurative world. Similar to how the Internet could be considered the host of Google, Yahoo, and other search engines, the Metaverse aims to become the host of the next generation of companies and products which aim to connect the Metaverse.

The information presented here is for general informational purposes only and is not intended to be, nor should it be construed or used as, comprehensive offering documentation for any security, investment, tax or legal advice, a recommendation, or an offer to sell, or a solicitation of an offer to buy, an interest, directly or indirectly, in any company. Investing in both early-stage and later-stage companies carries a high degree of risk. A loss of an investor’s entire investment is possible, and no profit may be realized. Investors should be aware that these types of investments are illiquid and should anticipate holding until an exit occurs.