Shiba Inu coin and its family tokens have gained some great popularity among crypto investors and enthusiasts back in 2021. This year SHIB continues to impress us with its future plans and new cooperations: Shiberse, Welly’s, Metaverse Lands, and many more! If you’re engaged in Shiba Inu future as much as we are, then you may need to have the best news source on the whole Internet. Don’t worry, CoinRabbit got you covered – here is the list of top SHIB influencers in 2022. Let’s dig in together!

What is Shiba Inu coin?

Shiba Inu coin is an Ethereum-based altcoin (this is the definition for all the crypto coins other than Bitcoin) that was created in August 2020 by an anonymous individual or group called “Ryoshi ”. It’s a very community-driven coin, and #SHIBArmy is just breathtaking.

Shiba Inu coin was inspired by Dogecoin and is often called the “Dogecoin killer”. In October 2021 Shiba Inu coin reached its All-Time High of $0.00008845, only after a year and a month since its creation. And we’re really waiting for SHIB to break this All-Time High this year and go to the moon!

Shiba Inu Coin influencers to pay attention to in 2022

First of all, let’s define who social media influencers are. An influencer is a person who can influence the decisions and opinions of their followers because of their relationship with their audience and their knowledge and expertise in a particular area. 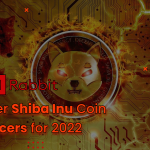 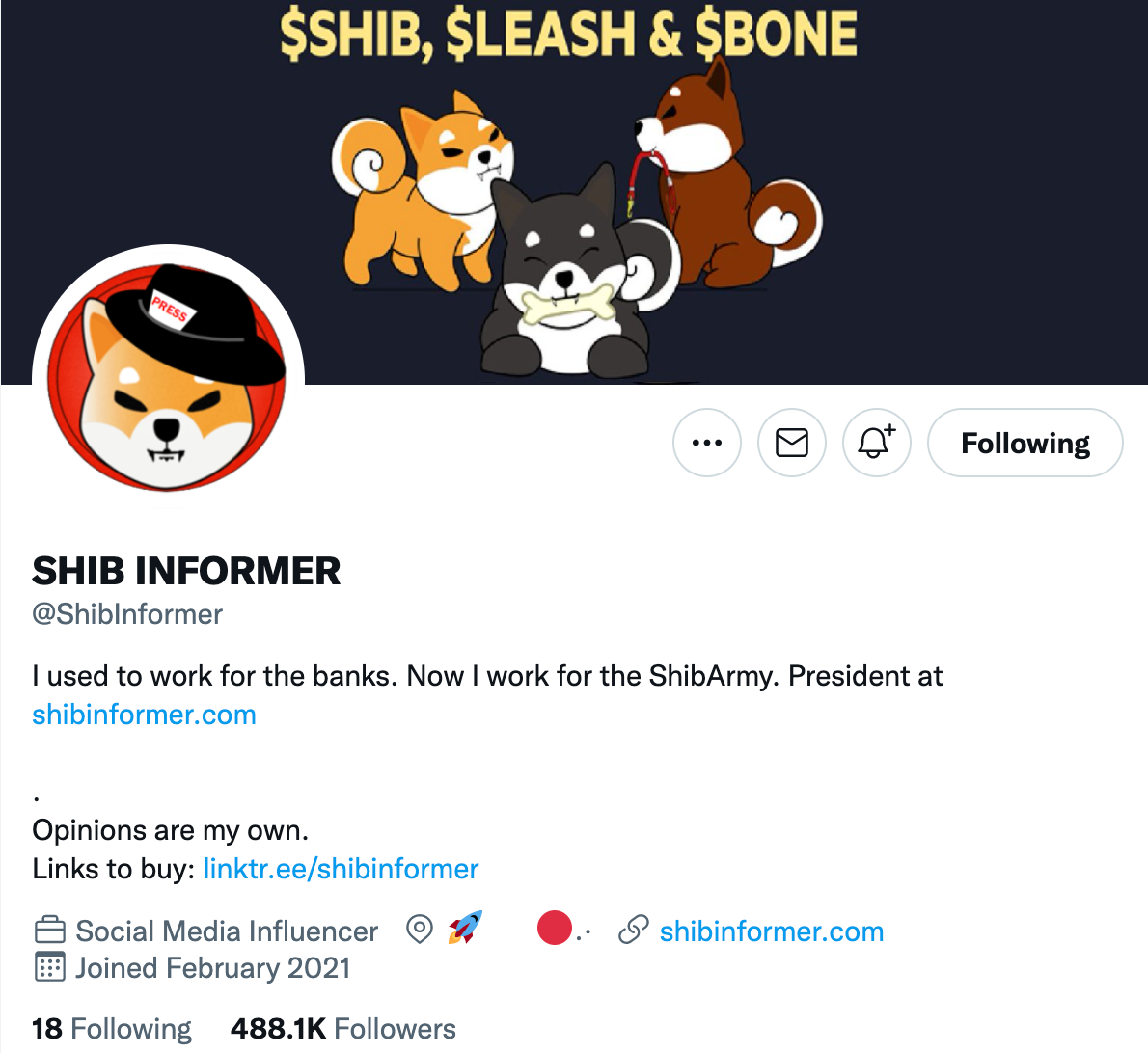 Milkshake is another great SHIB influencer. Milkshake has almost 270K Twitter followers and writes awesome articles on ShibaSwap Blog. Milkshake’s Twitter account is filled with love for #SHIBArmy and this love is mutual! Milkshake also posts daily tweets about Shiba Inu family tokens’ prices as well as the number of holders for each token to keep all the followers up-to-date with daily changes and growth. Milkshakes are also a great source for some SHIB art 😉

Gossip SHIB has fewer followers (almost 30K) than the previous two accounts, but it doesn’t mean that this influencer has less influence on the community! Gossip SHIB will also be your guide through important updates (as indicated in the nickname) and is a member of the SHIB growth team. Additionally, Gossip SHIB is a great source for Shiboshis – Shiba Inu coin’s official NFT collection. If you have as much passion for Shiba Inu coin as Gossip SHIB has – then it’s definitely your choice.

LEASHIB is a Twitter influencer with almost 3K active followers that share LEASHIB’s opinions and thoughts. LEASHIB may not be the biggest Twitter account, but it certainly is a great one to follow! LEASHIB is a proud LEASH hodler and concentrates on this particular token the most as can be seen from the nickname, but still is a great source for your daily Shiba Inu coin news.

Shiba Inu Army/Community has 110K followers on Twitter and is growing more and more each day. This account is dedicated to the Australian #SHIBArmy, but one can always find something appealing for them on Twitter. There are also some funny SHIB-themed memes to catch on this influencers’ account. So don’t lose another minute to catch the latest updates on the Shiba Inu tokens family with Shiba Inu Army/Community! Shiba Inu Army/Community’s profile consists mostly of retweets and tweets of important and/or funny news about SHIB, but be ready to be swooshed with a great deal of information here.

To sum up, #SHIBArmy is a wonderful community with plenty of influencers. It is almost impossible to include everyone in one list, but today CoinRabbit decided to show you these 5 Twitter influencers to start your Shiba Inu journey or to engage in the community even more. Don’t forget to follow all of them 😉

Let’s go Diamond Hands, keep the LEASH and BONE ready for your SHIB today and visit CoinRabbit Shiba Inu special page to unlock the full potential of your SHIB! WOOF!