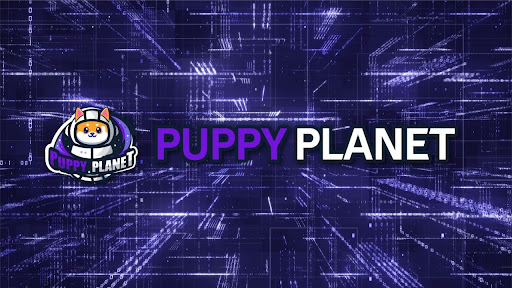 Puppy Planet is deployed on the ABEYCHAIN, which was recently nominated for Blockchain Solution of the Year at the upcoming Europe AIBC Awards 2021 in November.

The public sale marks a significant milestone for Puppy Planet ahead of the launch of the full-fledged game in the coming weeks.

Users will have access to the PUP token, which serves as the utility token for the Puppy Planet ecosystem. PUP tokens will serve as rewards and be used to process transactions within the in-game economy.

Puppy Planet will be issuing 180 million PUP tokens with half (90 million) set aside for game-mining rewards that can be received on either farming or battlefield environments. In addition, 50% of the revenue generated from the official shop transactions will be reinvested in a mining pool for player rewards.

Players can earn stable income during a short payback period and as the adoption of PUP increases, the value of the token will rise, leading to increased income for gamers. Following the PUP token sale, token holders will be eligible for a blind box sale from the beginning of November.

Puppy is a play-to-earn game that incorporates many of the gaming concepts that have become popular in 2021. The game is developed by British company Puppy NFT Labs and combines the innovative features of NFTs and DeFi within a gaming environment.

Players can buy and sell NFT pets and use in-game pet mining to earn income and create their own NFT collectibles. These NFT pets can then be exchanged for PUP tokens which can be withdrawn on supported exchanges.

Puppy Planet is built on ABEYCHAIN, a multi-layer blockchain protocol that uses a hybrid consensus infrastructure. This ensures that the game can process high volume transactions with low transaction fees.

To play the game is pretty straight forward and players need only to create an ABEY wallet on the ABEYCHAIN and authorize its binding to Puppy Planet. After binding, users can buy a ‘’Mystery Box’’ that hatches a puppy with random elements and battle attributes. The puppy can be taken to the farm to breed more pets or battlefield to earn rewards.

To learn more about Puppy Planet and to take part in the public sale, visit the following links below.