Polkadot, the 8th largest token has been surging for a while now. Steady development and strong fundamentals significantly contributed to a rally toward a new all-time high ($49.80). Consider this plot- DOT is up 356% YTD.

Meanwhile, the flagship token witnessed a 256% recovery over the last 56 days, as per Trading View. Although the token, at press time is trading just shy of the $37 mark (down by almost 23% from its ATH)- different analysts remain bullish.

For instance, crypto analyst Lark Davis took to Twitter to shed light on his bullishness. In a series of tweets, he explained his viewpoints for the same. He said,

“DOT ecosystem is massive and growing all the time, although the hype has come down a bit with the rise of BSC, Polygon, Terra, & Solana which are in production now. BUT, DOT has some seriously good devs building really powerful products on DOT. It has an ecosystem ready to go.”

Let’s deep dive into it further, DOT indeed has an immense yet growing ecosystem. 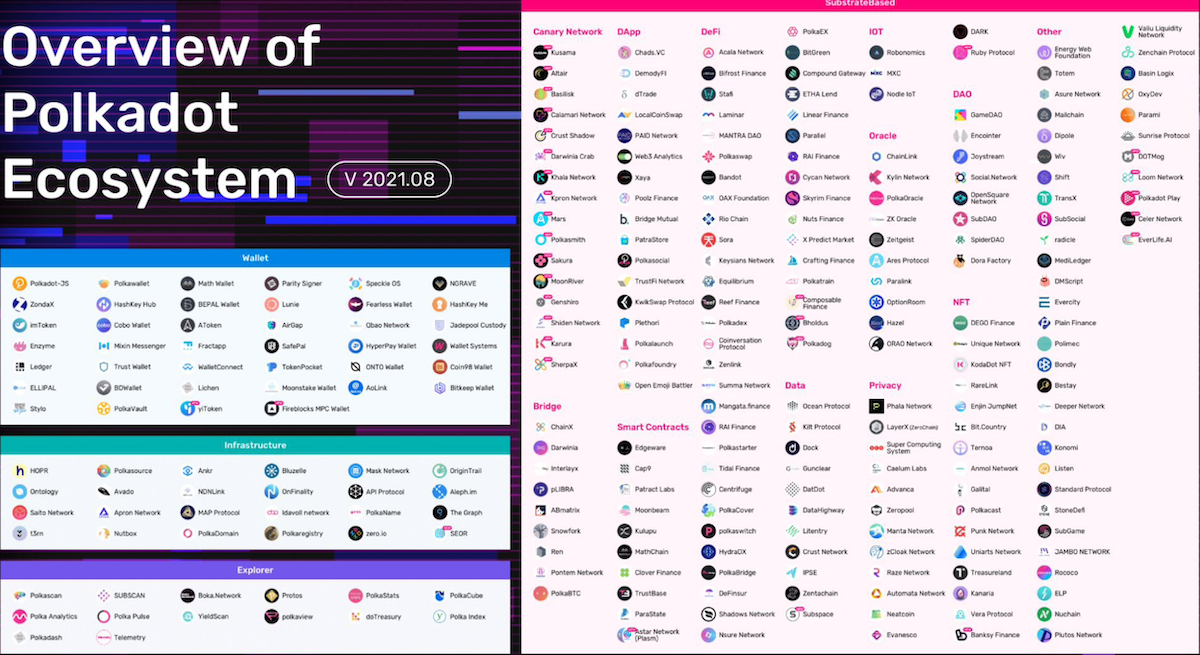 Moreover, Polkadot’s ecosystem has been growing consistently. On Sept. 8, SubQuery, a decentralized data aggregator, raised $9 million to build Polkadot’s first data aggregation layer. As an example of this integration, the Moonbeam parachain had tokens built on Polkadot’s development tool (Substrate). These tokens can be sent to Ethereum wallets and smart contract addresses.

In addition to this, Polkadot stacked up some positive records even for different parameters. Such as average developer activities in the past month. Furthermore, it is also the most commonly held asset across crypto ventures and hedge fund portfolios.

Polka Dot is also the most held asset by VCs and hedge funds. Translation big money players are balls deep in DOT. pic.twitter.com/7psfNZ8rBW

With so much development happening within the Polkadot ecosystem, could it surpass its previous ATH? Well, Lark Davis certainly remains positive about it.

Other analysts too have maintained a bullish sentiment concerning DOT. Earlier, pseudonymous analyst “Altcoin Sherpa” had this to say about DOT’s recent price action.

$DOT: EMAs all look pretty healthy, I think this goes to ATHs. It might even break it on the first go like some of the other strong L1s. Dip got bought up quickly. #Polkadot pic.twitter.com/ZpOuVJ2xJQ

And finally, Michaël van de Poppe noted that he could see $DOT reaching $250 to $350, at the peak of the current bull cycle.

The other one was January.