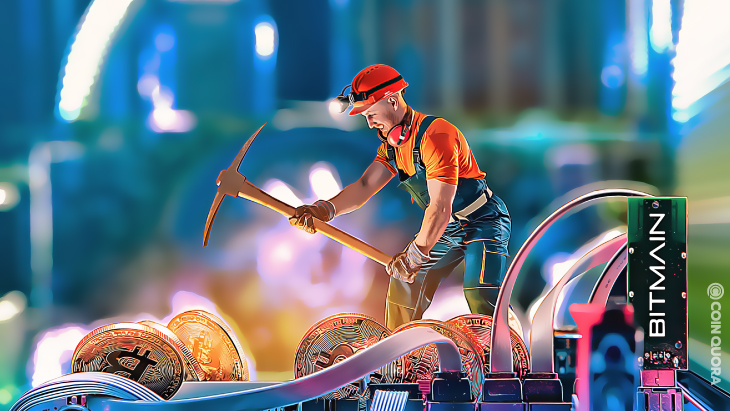 Hardware mining firm Bitmain would be sending 56,000 of its latest Antminers to the southeastern US state of Georgia. The coming of the mining machines represents a direct agreement between Bitmain, ISW Holdings, and Bit5ive.

To clarify, Antminers are simply Bitcoin mining hardware. As per ISW Holdings, the placement of the Antminers would cost around $62 million when the time is due. However, once they start working at full capacity, the Antminers are expected to bring an of income $10 million per month.

ISW Holdings has already allocated an amount of $6 million ahead of the upcoming purchase. In addition, by using Bit5ive infrastructure, Bitmain’s Antminer S19J mining rigs will be deployed under ISW Holdings’s new BlockQuarry brand.

As per the companies, the Antminers would be in full operation in October 2022. When the time is due, the new miners would use about 200 megawatts of electricity from the BlockQuarry facility called “POD-CITY” in Georgia.

Based on the report, ISW Holdings expect the first 20 megawatts of electricity to soon run in October next month. Alongside this, ISW Holdings president Alonzo Pierce shared how their business is massively changing after they partnered with Bit5ive.

Looking ahead, our hosting service revenues will be stable and substantial, and capable of strong growth. And our mining revenues will fluctuate with prices in the cryptocurrency space.

To add more, Bit5ive will also build a “BLOQPODS” which will further be grouped into “BLOQPARKS”. BlockQuarry will take charge of operating it. Further, each of the pods consists of 280 Bitmain Antminers which will produce a hash rate of 28,000 terahashes per second (TH/s).