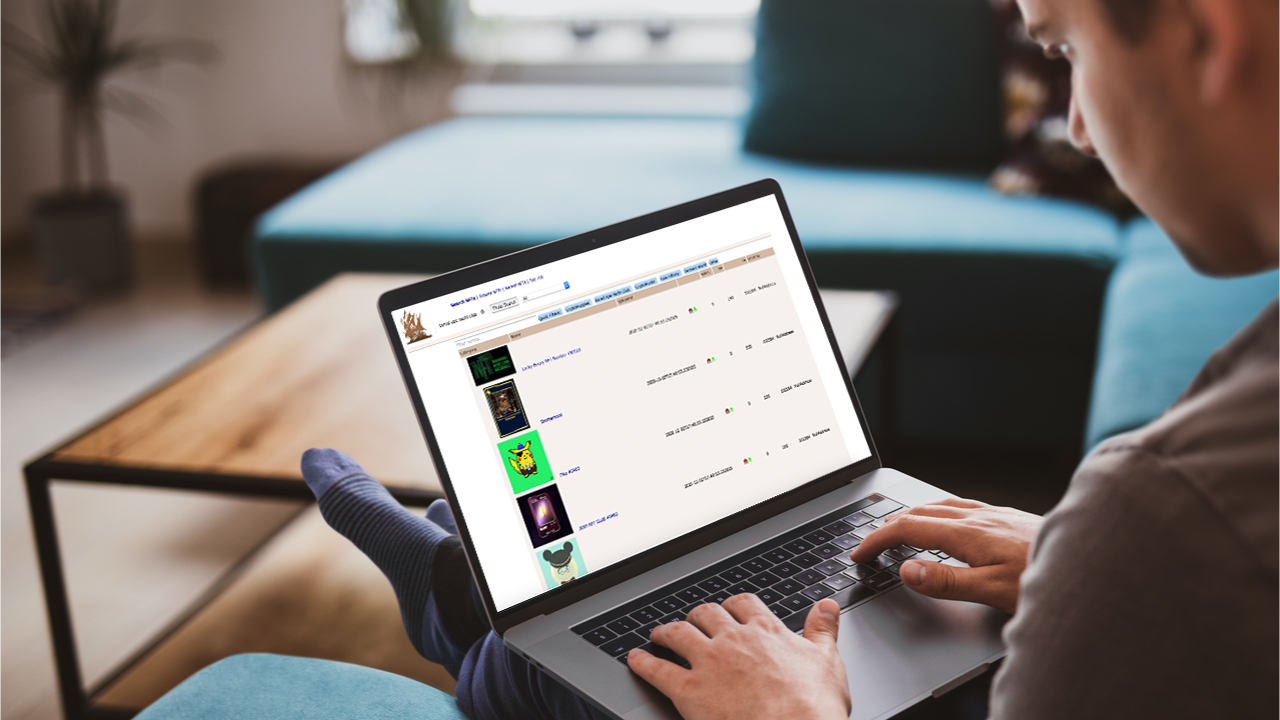 There’s a new website the crypto community has been discussing called The NFT Bay, a web portal that operates in a similar fashion to The Pirate Bay (TPB), because the platform hosts a huge selection of NFTs stemming from various blockchain platforms for free. On Thursday, the web portal’s creator revealed a file called “The Billion Dollar Torrent,” which claims to hold all the NFTs from Ethereum and Solana.

During the last year, non-fungible token (NFT) collectibles have seen massive popularity and billions of dollars have been spent on these digital items. Meanwhile, a great number of people in the crypto space think NFTs are worthless and people can simply right click the NFT image and own the artwork without paying. It’s been a heated discussion ever since NFTs were introduced. The debate became even more controversial in March when an NFT immutability debate ensued and crypto supporters highlighted how NFTs were being deleted and images were being replaced.

Months later as NFTs continue to rise in both popularity and value, an individual tweeted about an interesting web portal called The NFT Bay. “OMG who right clicked all of the #NFTs?” the individual tweeted on Thursday. The individual named Geoff also left a torrent link hosted on The NFT Bay (thenftbay.org) called “The Billion Dollar Torrent,” which hosts all the non-fungible token assets stemming from Solana and Ethereum. After the tweet got thousands of likes and retweets, Geoff said he was headed to bed but left some press statements behind.

The NFT Bay operates in a similar fashion to The Pirate Bay (TPB), because the platform hosts a huge selection of NFTs stemming from blockchain platforms. It contains a link to the torrent where users can leverage a torrenting platform to download the seeded files. The NFT Bay actually looks like a clone of TPB and has the same website color arrangements and uses TPB’s logo too. The main page has a slew of individual NFTs and filters for NFTs from collections like Bored Ape Yacht Club, Cryptopunks, and Axie Infinity.

The file Geoff tweeted about called “The Billion Dollar Torrent,” has a file for Ethereum-based and Solana-based NFTs. The description also says: “If you like these NFTs, please buy it. The artists participating in fraud deserve support.”

In Geoff’s press statements, it asks why he decided to do this and the reason given is “Art.” Moreover, after discussing his background, Geoff explained a little more about the fundamental reason behind thenftbay.org. The press statements hosted on Github note:

Fundamentally, I hope through thenftbay.org people learn to understand what people are buying when purchasing NFT art right now is nothing more [than] directions on how to access or download [an] image. The image is not stored on the blockchain and the majority of images I’ve seen are hosted on web2.0 storage which is likely to end up as 404 meaning the NFT has even less value.

‘Underlying Technology Is Amazing, Greed and Scamming Is Sickening’

In addition to the reasons behind the web portal, Geoff also shared his general take on NFTs. Geoff thinks that the utility and value of NFTs will come from social media platforms.

Ok, the one thing I will begrudgingly enjoy about NFTs is a massive NFT heist https://t.co/99CHemfngB

“For many digital representations is > physical representation and (if/when) Twitter/TikTok (discord backed away from it) roll out the ability to display flair on a social media profile that will be a turning point,” the press statements explain. Geoff further said that the excitement over Twitter’s blue verified checkmark is a perfect example of why verifiable proof of membership could be key. “All of this, however,” Geoff stressed. “Could be achieved without blockchain.”

“What people dream to build with ‘web3’ is quite amazing,” The NFT Bay creator concluded. ”The underlying technology, not so much and the greed/scamming going on is sickening. The dreams for a different future remind me of the internet in the 1990s. What’s fascinating here is the communities are very strong and can self-fund the discovery phase. Where it goes pear shape is when ‘we gotta get new blood in to [a] pump/dump.’”

The question is how much value will people put into this so-called “NFT heist,” as people may simply disregard the torrented files as not being ‘the true’ and verifiable NFTs. The controversy on verified ownership and simply right-clicking a JPG or PNG file has raged on for quite some time, and is seemingly still unresolved. In fact, it just may take the test of time, possibly even years, in order to assess the veracity of NFTs in the future and their value as well.