Over the past couple of years, institutional involvement with major assets such as Bitcoin, Ethereum has been a common affair. However, it has been a difficult task to identify all sources of investments. In late 2020, Grayscale’s Bitcoin accumulation was considered the most influential institutional interest. However, it slowed down in 2021.

And yet, capital continued to flow from accredited traders.

In this article, we will be highlighting every fund which holds Bitcoin and Ethereum and how their activity has created an impact over a longer time period.

As previously mentioned, the difficulty of identifying every fund involved with BTC, ETH has been a major dilemma. Hence, we will be listing out every trust currently invested in both digital assets at the end of this article.

Now, according to data from Bytetree, the amount of Bitcoin held by funds since the beginning of 2020 has almost tripled up to the present day. In fact, the BTC held has increased from 316,615 to 834,156 over a 670-day period. 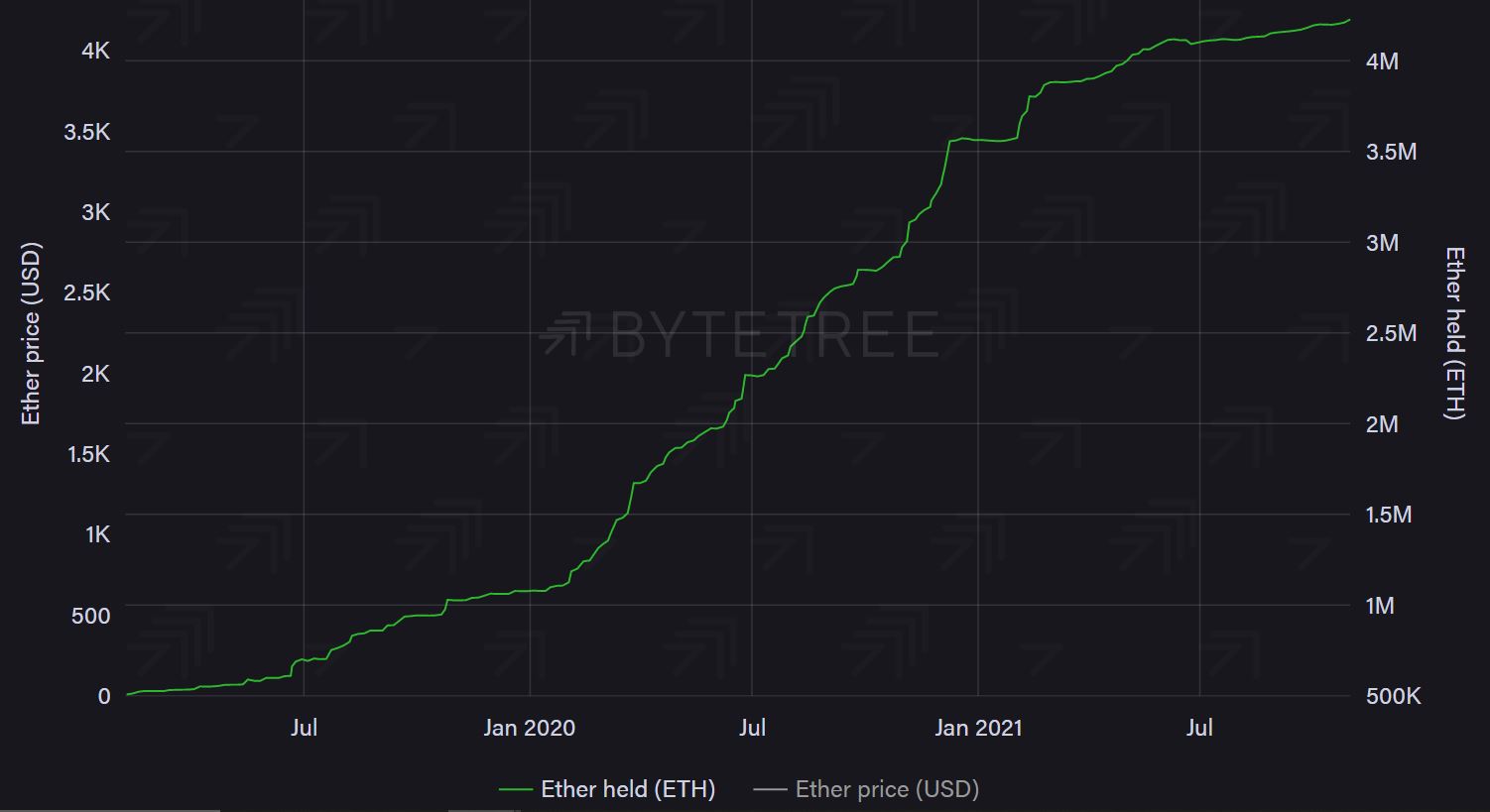 Another interesting observation that can be made for both Bitcoin, Ethereum funds is that a majority of the investments were made during the calendar year of 2020. And, in 2021, the same slowed down significantly.

Can it create a bullish divergence?

While Bitcoin and Ethereum consolidated above $60k and $4k, respectively, both the assets’ exchanges estimated leverage ratio hit a yearly-high range. While this factor does suggest that investors are confident in their positions and believe in bullish sentiments, reversals have been identified around this range over the past year.

However, this is where fund inflows may allow a clearer picture. 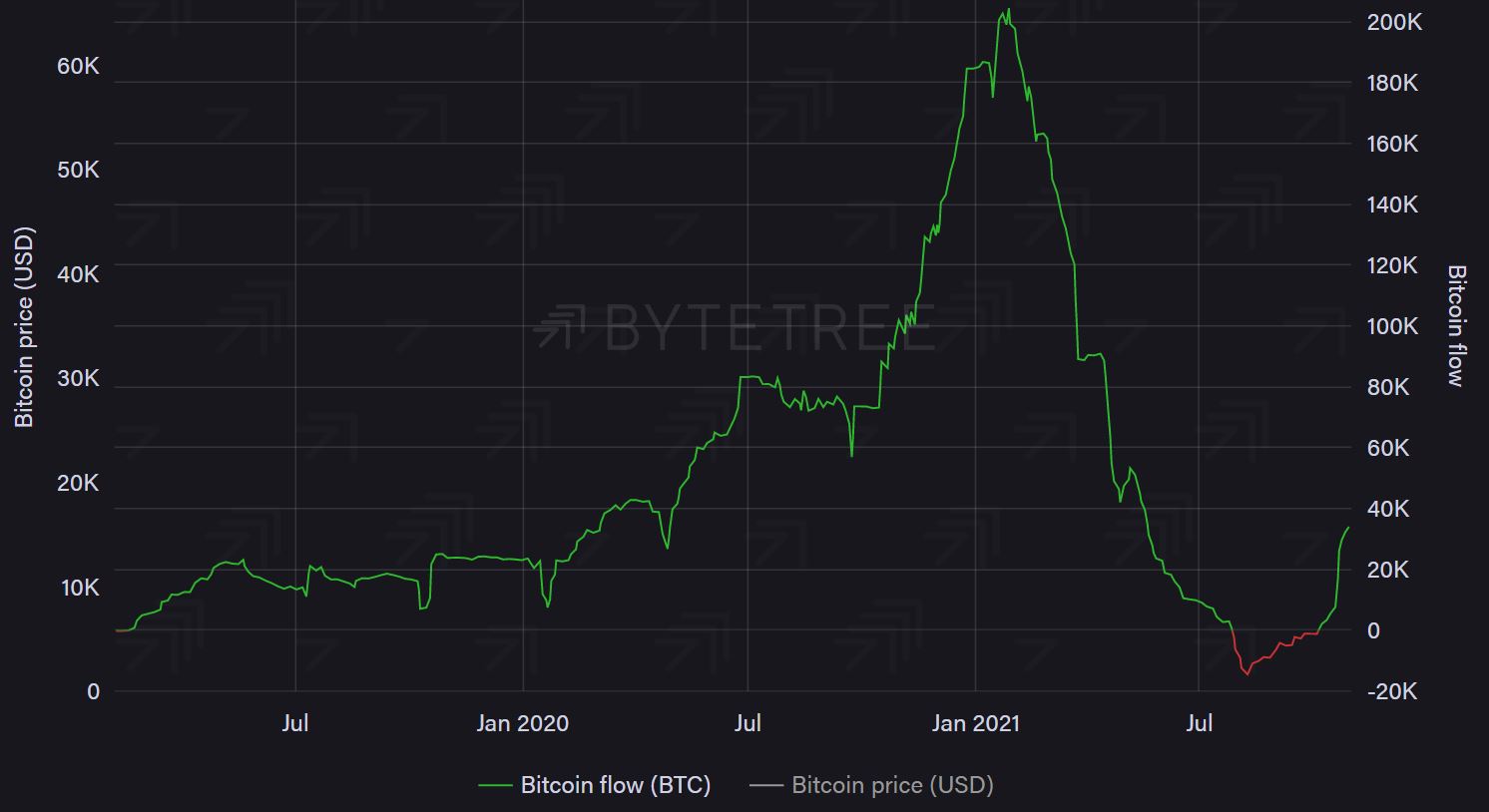 As can be identified from the attached chart, BTC inflows in and out of these funds have largely indicated price bottoms and tops over the past year. July 2021 marked the bottom in terms of outflows and since then, an inclination has been observed, one which infers a bullish nature.

A similar structure was observed for Ethereum as well, and it can be concluded that institutions remain positive despite Futures market concerns.