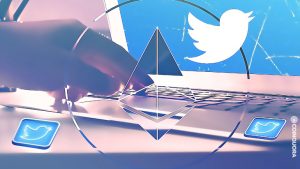 Twitter has announced this decision: they created a new option for users to send and receive Ethereum (ETH). Furthermore, Twitter added payment platforms such as Paga, Barter, and Paytm. The microblogging platform is trying to make it easier for its content creators to receive tips from any location.

Have you set up Tips on your profile yet so it’s easy for people to show their support?

No: What are you waiting for? Here’s how: https://t.co/Id5TwTpnCF

It was in the third quarter of 2021 that Twitter launched a crypto tipping service for account holders. Twitter also set up their own dedicated Crypto Team last year. Prior to this, users could only add tips to Twitter’s tipping jar using fiat currency. Twitter’s tipping feature helps users support their favorite content creators. Additionally, it enables Twitter users to engage in fundraising or to help those in need.

In September 2021, Twitter had announced its move to add Bitcoin (BTC) to the list. Other available Twitter payment platforms and services include Venmo, Wealthsimple Cash, Razorpay, Patreon, GoFundMe, Cash App, and Bandcamp.

While users have welcomed the new features, it is not known whether regulations will affect the adoption of these offers. Presently, there are several concerns among regulatory bodies and officials regarding the use of cryptos in money laundering and other illegal activities. Because of this, governments and regulators are calling for a global regulatory framework.

Earlier, the Bank of England had called for a global crypto regulatory framework. There is also news of the Biden Administration releasing an executive action tasking agencies with the regulation of cryptos. Therefore, Twitter’s expansion could raise the likelihood of increased regulatory supervision.