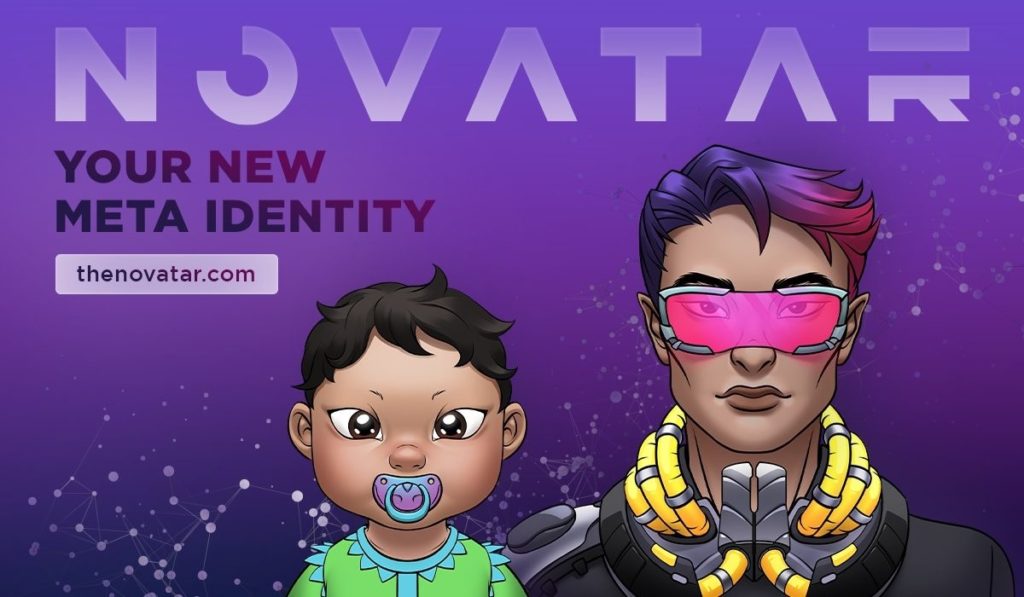 Non-Fungible Tokens (NFT) is a fast-growing aspect of blockchain technology and cryptocurrency. This started with its explosion in 2021. Before then, not much was heard of the ecosystem, but now every sector of the global economy wants a taste of it.

As the technology is growing, so are its applications in real-life use cases. One of the most common uses of NFTs recently is avatars. Top social media platforms have now made it possible to use NFTs as avatars and many users of such platforms do use NFTs on their profile pictures.

While there are many NFT collections involved in creating avatars, Novatar has put itself on the edge of NFT avatar creation. The enterprise had already activated on such avatars long before NFTs became popular and now brings its superior technology in this area.

With the development of new metaverses, there is also a rising demand for digital identities and no collection of NFTs meets this need better than Novatar NFT collections. With its advanced and unique technology, Novatar is strategically placed to take this sector by storm.

Novatar has been at the forefront of creating NFTs for digital identities ever before the use of NFTs for such was conceived.

The collection is made up of 25,000 avatars created with advanced technology. This number is limited and there can never be more avatars. All 25,000 avatars are newborn avatars that will grow and age with the owner of the avatar.

This is the first time avatars have been created with the capacity to age on the blockchain into adults. The avatar designs cut across races, genders, and sexual orientations so that everyone can find what suits them in creating their digital identities. All of the avatars have basic genes, but if the owner decides to let their avatar age, it begins to gain more genes that make it age in an irreversible process.

Owners can allow their avatars to age starting from 30 days after NFT reveal. The technology however does not compromise the beauty of the avatars. Novatars are created with great visuals to make them not just unique but also attractive to the eye.

There are 9 basic genes, but Novatars can develop more genes to have up to 14 genes as they age. 10 0f these genes are basic while 4 are optional for adults. Among them are the genes for sexual orientation, skin, hair, eyes, and eyebrow colors as Novatars embrace the racial and sexual diversity of its users.

Apart from the looks, other adult genes can also have genes for professions, meaning people from different professions may also find Novatars that suit them.

Catering to a rapidly growing market

The NFT market is rapidly growing as is evident by the 26,000% growth from 2020 till date. The number of unique NFT wallets has also grown 19 times from October 2020 to October 2021. This is driven by interest in the NFT space, the many use cases and potential financial gains.

Notably, the growth is also a result of the increasingly popular “NFT as a profile pic” functionalities social media giants such as Twitter, Facebook, and Reddit are likely to bring massively into the ecosystem. Based on this, it is projected that NFT sales will reach as high as $80 billion in 2022.

Twitter in its 2021 financial report said that over 220 million daily active users, out of which even a small 5% can add over 10 million NFT wallets. Novatar’s technology is new and innovative in such a manner that it will be the most attractive to these new entrants into the space. As it is the only one offering NFTs that age on the blockchain, it has distinguished itself to be used as verified NFT profile pictures on social networks.