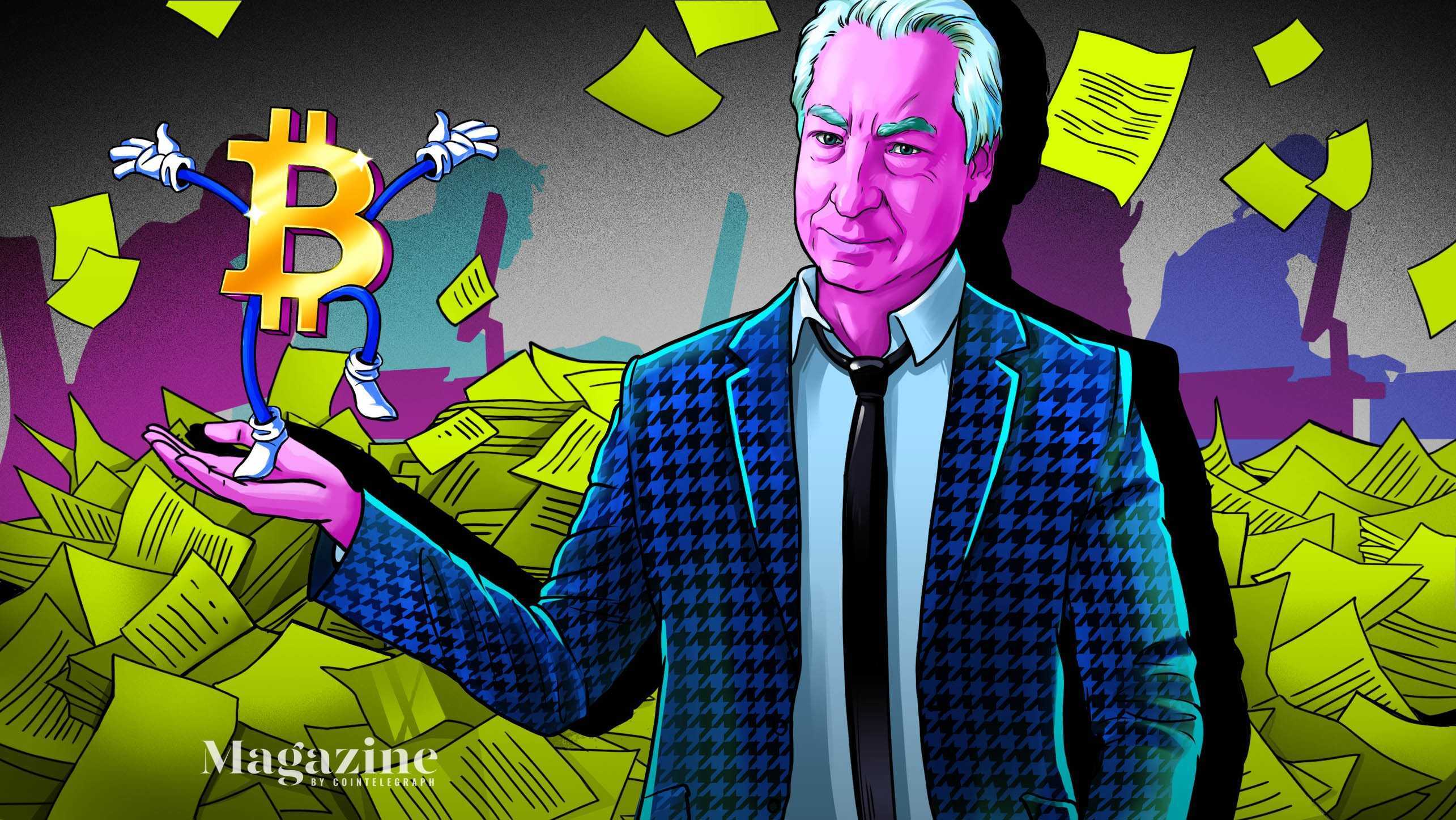 In a series of  recent interviews and speeches, United States Securities and Exchange Commission Chairman Gary Gensler has called the cryptocurrencies market the “Wild West” due to its unregulated and allegedly fraud-filled atmosphere, predicting that the coins were doomed to fail.

Powers On… is a monthly opinion column from Marc Powers, who spent much of his 40-year legal career working with complex securities-related cases in the United States after a stint with the SEC. He is now an adjunct professor at Florida International University College of Law, where he teaches a course on “Blockchain, Crypto and Regulatory Considerations.”

In a Washington Post interview published Sept. 21, Gary Gensler stated that in history,  “private currencies” did not have longevity. As discussed below, I take issue with that statement. Now five months into his role leading this important governmental agency, Gensler is not only a powerful voice in the debate around blockchain use cases and regulatory considerations but also a dangerous one.

The concern for the crypto industry is that Gensler is a very bright and determined man, as well as ambitious. He hails from Wharton, Goldman Sachs and formerly worked in the U.S. Treasury before becoming the Chair of the Commodities Futures Trading Commission (CTFC), the SEC’s sister agency. While at the CFTC, he led what was probably the only federal agency to create and implement all the requirements of the Sarbanes-Oxley Act of 2002. Not all that surprising, as his bio also includes acting as a Special Adviser to the co-author of that legislation Senator Paul Sarbanes.

I had the honor of knowing and working with the other co-author of that historic legislation Congressman Mike Oxley while at my law firm, BakerHostetler. Mike led our Government Affairs practice while I led our National Securities Litigation & Regulatory Enforcement practice.

Given this broad experience both in and out of our government, Gensler knows how to get things done politically. He also in recent years has learned and taught at the Massachusetts Institute of Technology (MIT) courses on blockchain.

As I have said or suggested in prior columns, this is a two-edged sword. On the one hand, it is good to have someone in government who understands the technology and its beneficial use cases. On the other hand, his smarts can be used to find ways to serve the interests and politics of the Biden Administration, which with Federal Reserve Chair William Powell and Treasury Secretary Janet Yellen decidedly antagonistic to cryptocurrencies, the three of them can implement rules and policies that could harm the technology’s advancement and adoption.

It will only get worse if there is the appointment of Saule Omarova to head the Office of the Comptroller of the Currency, as she has publicly come out against the use of digital assets. That would also be quite a reversal from the policy of her immediate predecessor, Brian Brooks. Brooks in the waning days of the Trump Administration proposed rules and guidelines which allowed federal banks the freedom to house and custody digital assets for clients. Let’s see how long this hawkish Omarova takes to unwind this.

The pros and cons of Bitcoin adoption

At one level, you can not blame them for being against Bitcoin’s (BTC) adoption as an alternative digital currency, or medium of exchange, to the physical U.S. dollar.

Its use worldwide without any government oversight or intervention frightens them, and it could diminish, over time, the dominance of the U.S. dollar as the reserve currency for the globe. They have the status quo of large financial institutions and intermediaries to preserve and protect. They are relatively long-time government fixtures and they clearly believe in our government controlling things.

Whenever they adopt rules and policies which impede our activities or seek to regulate them, they always claim it is for our own good, such as to protect us from rampant fraud or harm and for the good of our economy, protecting us from economic depression or inflation. But we know better, don’t we?

On the other hand, the good news for those of us that believe in the promise of distributed ledger technology is that it is, in my opinion, too late. The way BTC, Ether (ETH) and other cryptocurrencies travel digitally from country to country worldwide is beyond one country’s regulation, including the United States of America.

That’s right, let me say it again: It is too late. One country can not kill it by banning its use and activities, nor can one country regulate its use by world citizens in an effort to control BTC and its citizens. Bitcoin is now a world currency that is owned and controlled by no country nor group of currencies. It is owned by the world’s citizens.

Need proof of what I say?

Look at China, which has banned activities in cryptocurrencies several times over the past years, although not possession of the token. Now, it is again banning mining and trading. Has that accomplished the demise of BTC? No. Instead, the mining industry has moved to Eastern Europe and the United States.

Look at South Korea, which required all crypto exchanges to register with its regulatory body by this past week. Dozens have not.

Look at India, which also banned the use of BTC, until its Supreme Court reversed that law. Today, it is reported by an August analysis by Chainanalysis that India now ranks number two in the world in crypto adoption.

Crypto is the inevitable

I have been saying since 2017 that I believe we will, in time, have a dual financial system and economy. There will be a crypto world economy and a parallel fiat digital currency in the form of  central banks digital currencies, or CBDCs, like what Powell is working on at the Federal Reserve and what China has already rolled out to its citizens in major cities, called the digital yuan.

Accordingly, I take issue with the SEC’s Chair’s history lesson when he says private currencies do not last, implying the same will be true for BTC. I don’t agree with his characterization. I don’t see BTC as a “private” currency. To the contrary, it is a world currency, very public and available to anyone with a smartphone or a computer. It is not created by a private or permissioned blockchain, but rather on a permissionless one.

While BTC is not a fiat currency created by a sovereign government, it is no less a medium of exchange for the millions of people who use it everyday worldwide to buy things, send to relatives in other jurisdictions and trade on its price movement. Just like currency traders’ daily trade on the price movement of the U.S. dollar. When Gensler argues that BTC is not backed by anything, maybe he needs a lesson to be reminded that since 1971, the U.S.dollar is no longer backed by gold.

Marc Powers is currently an adjunct professor at Florida International University College of Law, where he is teaching “Blockchain, Crypto and Regulatory Considerations” and “Fintech Law.” He recently retired from practicing at an Am Law 100 law firm, where he built both its national securities litigation and regulatory enforcement practice team and its hedge fund industry practice. Marc started his legal career in the SEC’s Enforcement Division. During his 40 years in law, he was involved in representations including the Bernie Madoff Ponzi scheme, a recent presidential pardon and the Martha Stewart insider trading trial.

The opinions expressed are the author’s alone and do not necessarily reflect the views of Cointelegraph nor Florida International University College of Law or its affiliates. This article is for general information purposes and is not intended to be and should not be taken as legal advice.